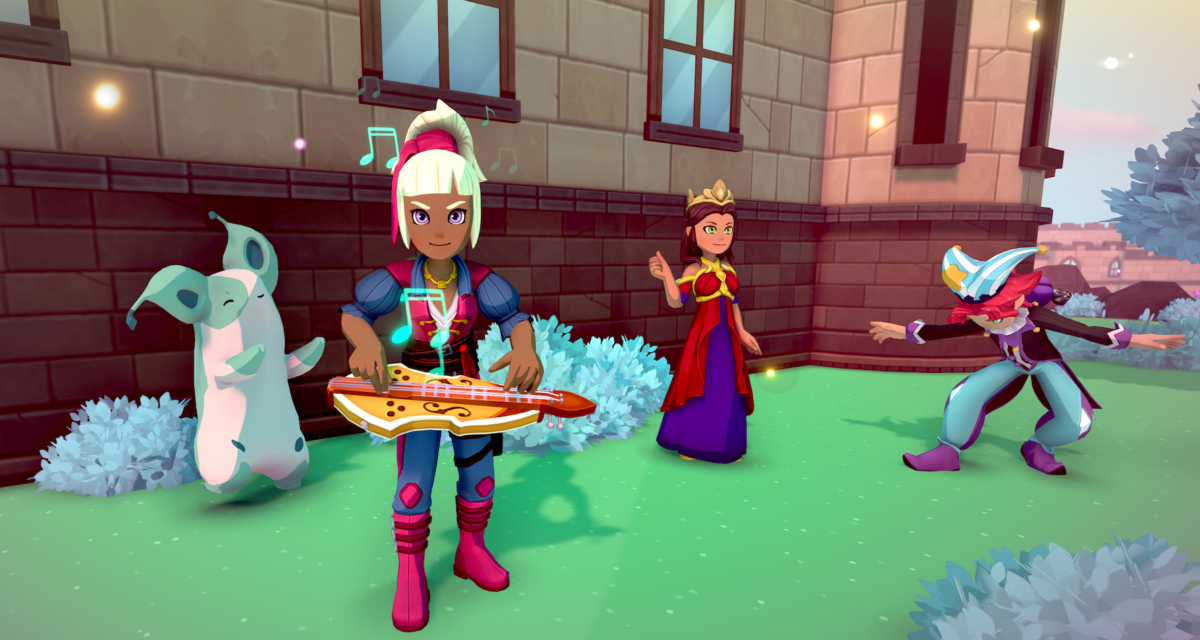 Hello Tamers! We’re ready to give way to a new Season of Temtem, and with it, patch 1.2, filled with exciting new content and delightful improvements.

Like you already know because we told you back then, this update is actually 1.1 and 1.2 merged together, and called 1.2 for clarity. This means there’s a lot of content to dig through, so accompany me as I walk you through it!

Of course, this means a new Season is beginning! With this patch, we inaugurate Season 2: Days of Yore, a season reminiscent of Medieval and olden times, filled with knights, bards, and a colorful cast of characters. A new Tamer Pass begins (remember you can always check how long you have to complete it on the upper right corner) and a new set of cosmetic items will enter the shop rotation. 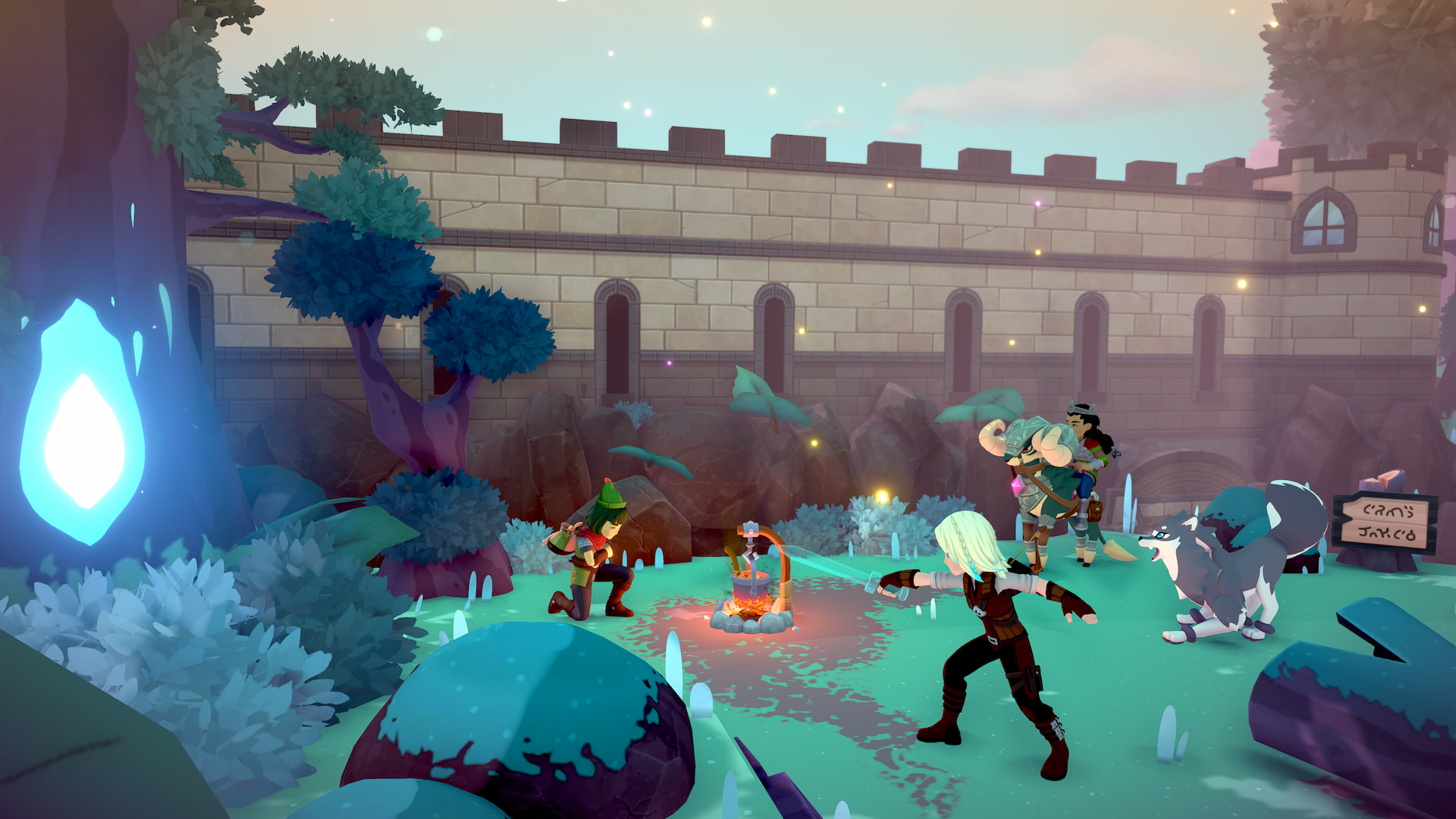 The Ranked format is receiving a lot of changes and re-arrangements that we hope will make the PvP side more complete and fulfilling. Ranked meta is now arranged in Seasons (the same ones that work for the Tamer Pass, yes!), and will be moving forward.  These seasons will impact the meta, the TMR, and the seasonal rewards. Balance patches will arrive at the start of each season and the goal is to maintain the meta untouched during an ongoing season.

The first thing you will notice is that there are now ranks and sub-ranks, to replace the TMR, that has been hidden. These ranks will be distributed based on percentile population at the start of each season, so we will always try to keep the same distribution no matter how many players are playing. There will now be TMR decay, since your position at the end of the season now affects your rewards, to prevent players from climbing high up and then camping that spot. The TMR formula has been changed a bit, and TMR gains have been increased a little as well.

Remember that to qualify for Season 2 rewards you will need to have completed your placement matches and played at least 10 Ranked matches during the Season! Your top rank will be the highest rank you’ve been able to win 10 games in, i.e., if you manage to win 10 games on Gold TMR ranks, you will be granted the rewards for Gold Rank, and in some cases an rank below it.

The so fabled community helpers for the balance team are now on board and working to integrate your feedback into the future balance of Temtem!

Temtem Showdown is an in-game battle “simulator” that allows you to participate in ranked battles without actually working towards building the teams (capturing the tems, breeding and training them, etc).

Having a battle simulator allows players to access the competitive ladder instantly and gives them more tools to freely explore and test new teams, builds or strategies. Showdown is included as part of the game and its usability is fused with the ranked competitive ladder. You will be able to access Showdown from the very beginning of the game, and edit your Squads from any point in the game, without having to access a Temdeck. 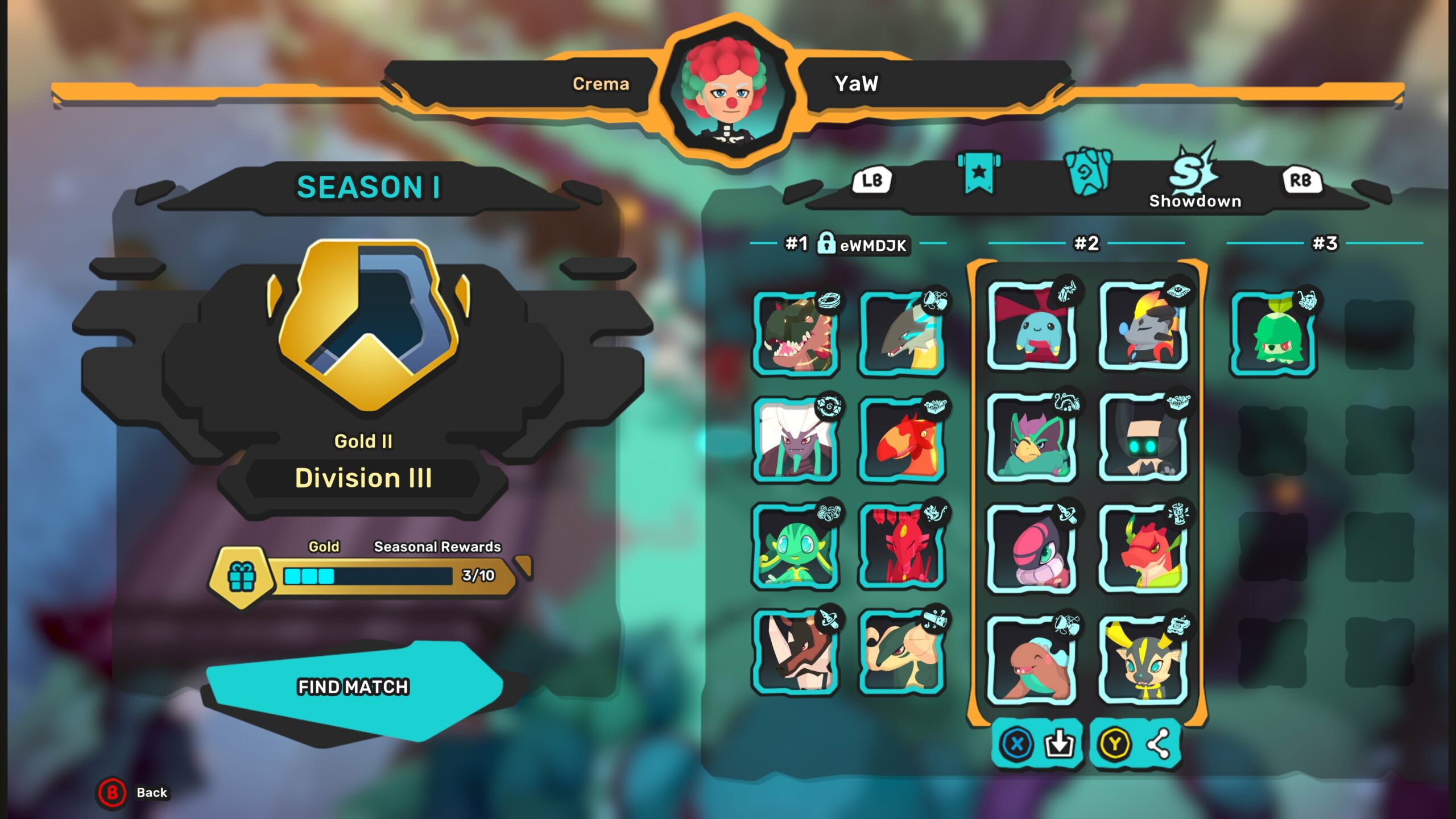 With Showdown you will be able to “edit” your team to your preference without having to train your Tems. You will also be able to select the SVs and TVs you want, the move sets, Traits, etc. Showdown squads will only be available for ranked and friendly competitive matches — you won’t be able to use them for other game content (Dojo rematches, in-game tournaments, Dojo Wars, etc). This will ensure that hard-trained Tems still have their place in the game while allowing for a much more dynamic experience in PvP.

Teams will no longer auto-scale on Ranked games. Do keep this in mind going forward!

You will be able to share your Showdown team and configuration by a code that will be generated for you, allowing other users to import it. You will also be able to lock a squad for tournaments that might require it, and those codes will be slightly different and not shareable, to keep play fair and honest. There will also now be daily and weekly Ranked Challenges that will give you more options to earn Pansuns and Feathers by doing what you like most, and are some extra rewards to playing competitive matches. 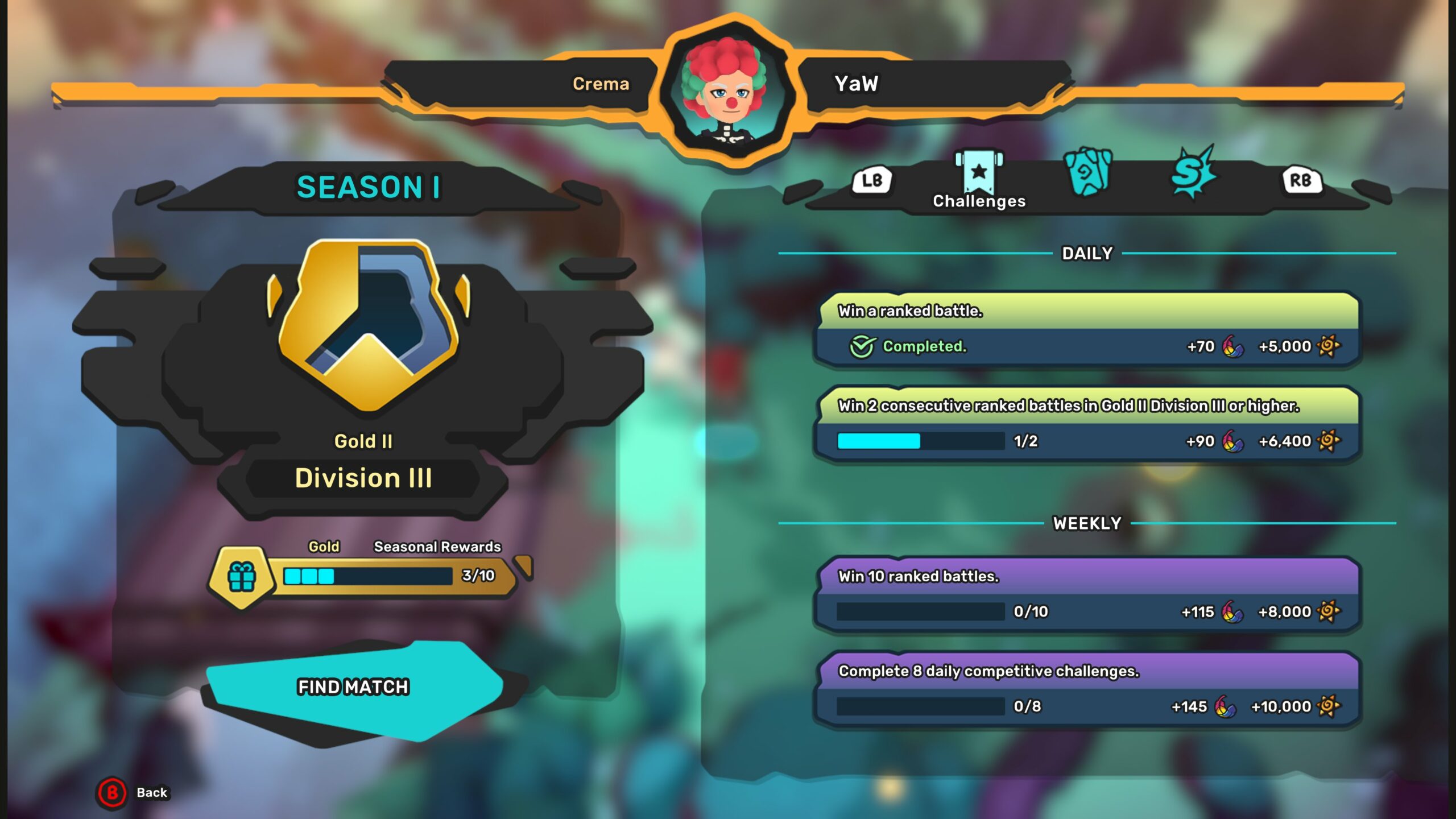 The ranked ladder will use Showdown teams, and “regular” squads. You can still showcase and flex your Luma team and your hard-earned, traditionally-trained Tems.

You can access Showdown from the in-game menu, from the very beginning of the game.

It is time! We’re creating and organizing our first tournament.

Since this is our first real experience with this, we want to start slowly and see where it leads. To celebrate the start of Temtem Season 2, we will be holding the first ever Crema-run tournament, a friendly show match tourney on Saturday, Dec 17, 4:00 PM UTC with the best minds the competitive scene of Temtem has to offer.

High TMR players are all encouraged to sign up by filling out this form. You have until Monday, December 12, 2022 12:59 AM UTC to register. Only the strongest 16 registered players will be selected to participate, and the selection will be based on highest TMR at the end of Season 1. Crema keeps the right to disqualify players based on ToS.

The Tournament Format will be as follows: Competitive battles, team lock (only one team per participant is allowed), best of 3, double elimination bracket with random seeding. We plan on hosting your streams on the Temtem Twitch channel (as long as you’re okay with it), and give the world a taste of what high-level Temtem competitive play looks like. We will be also announcing exciting news about the Temtem competitive scene and the upcoming tournament circuit taking place in the near future. We’ll see you there!

There’s new battle environments, also known as battle zones! They will match the 6 Archipelagic islands’ themes, and they’ll be randomly selected when you enter a competitive battle. The current competitive battle zone has received some tweaks and improvements, and is also part of the pool of battle zones you might encounter. Keep in mind this only applies to any sort of competitive; PvP battle, and PvE battles will still show the environment of the route where the battle’s taking place. 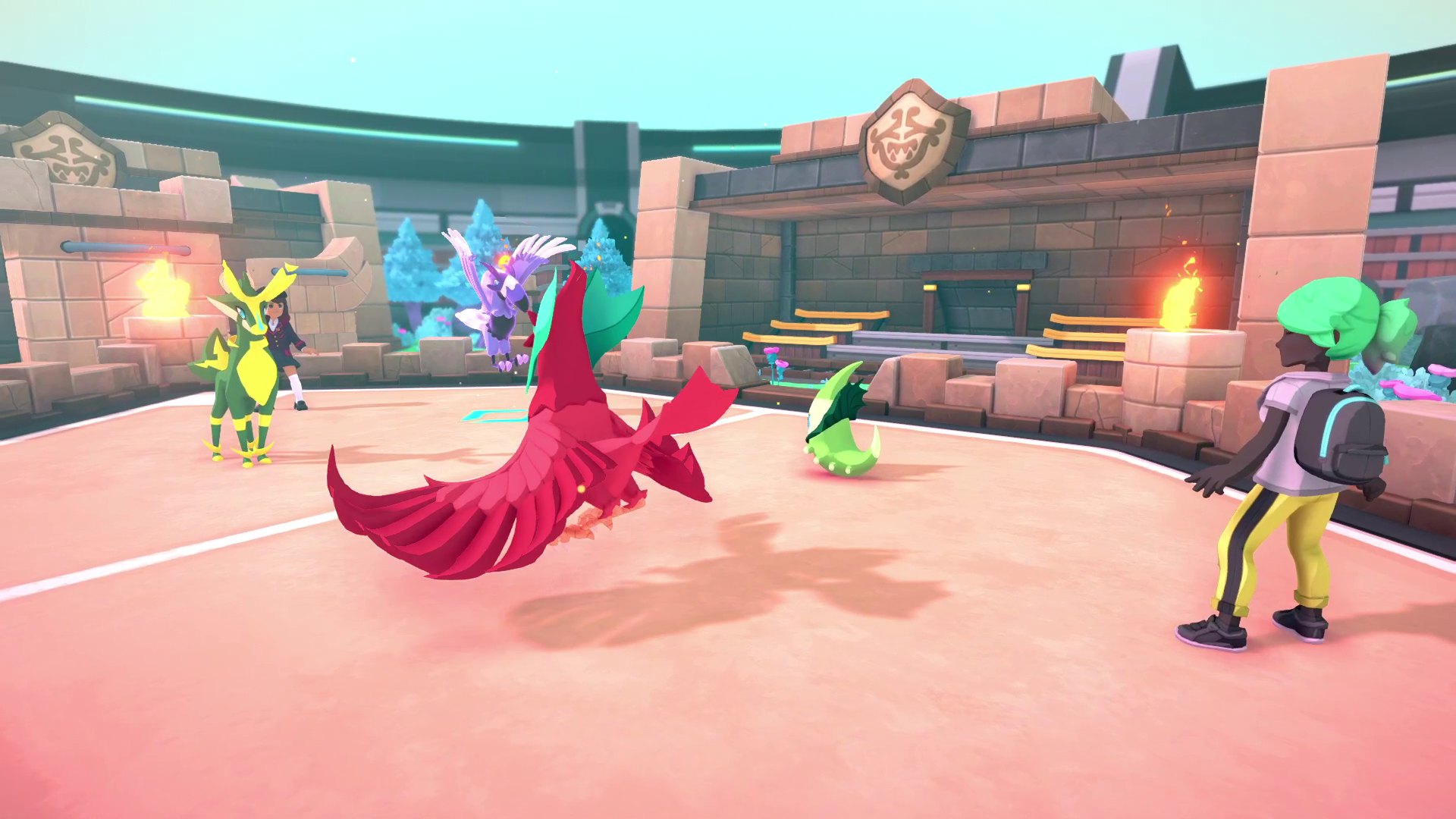 We’ve also added Battle idle animations to Temtem. This means that during the turns between actions in a battle, the camera will shift around to different angles and show you the Tems in the battle. This will surely make battling more dynamic and interesting.

With 1.2, the Beauty Center in Neoedo has opened its doors to the public. You’ll be able to alter the physical appearance of your character like you could back when you created, all in exchange for Feathers. You will also be able to unlock new animation styles for your character’s idle stance, walking and running, that you won’t be able to obtain any other way.

You will also be able to change your character’s name, also in exchange for Feathers. The OT on your Tems will be updated following this change.

As a small QoL feature, we’ve added the ability to set certain Customization items as favorites. These items will appear at the top of your customization screen, making those items easier to find!

We’ve created a brand new set of very difficult, challenging Kudos called Elite Kudos. These are only for the most dedicated and hardcore of players, and the rewards will match this dedication.

Some already existing Kudos have been moved into this category, and new ones have been added. If you’re looking for a challenge with rewards that might not be in everybody’s grasp, this one’s for you!

Events will consist on a set of missions and quests that will grant you points so you can unlock thematical rewards, different for each event. And for those who read our previous posts and guessed it, the first event will be called Winterfest, and will begin on December 12th! We’ll make sure to share more details and sneak peeks in the upcoming weeks.

After over a year of requests, and us trying to find a way around it, we’ve implemented a new colorblind-friendly feature to make Koish fishing accessible to most.

This will be a setting you can activate from the Settings menu. All Koish in the game will show patterns, each assigned to one of the three tails they display. Each pattern will be unique to a color+section of the tail, so you will be able to easily identify each color by the pattern and the tail where it’s placed.

We’ve also made some changes to the Koish in the Nuru Lodge specifically, since these are the ones required for any quest related to fishing. For starters, we’ve reduced the number of Koish color possibilities, and we’ve also reduced the number of minimum encounters required to ensure the 4/5 and 5/5 fish. This means you will see Koish that are less diverse, and will need to encounter less Koish for your 4/5 to pop.

We’re aware that Nalla requesting a successful fishing quest was frustrating to some of our players, so we’re hoping these changes will make that quest a breeze, and improve the feeling the current playerbase has towards fishing. 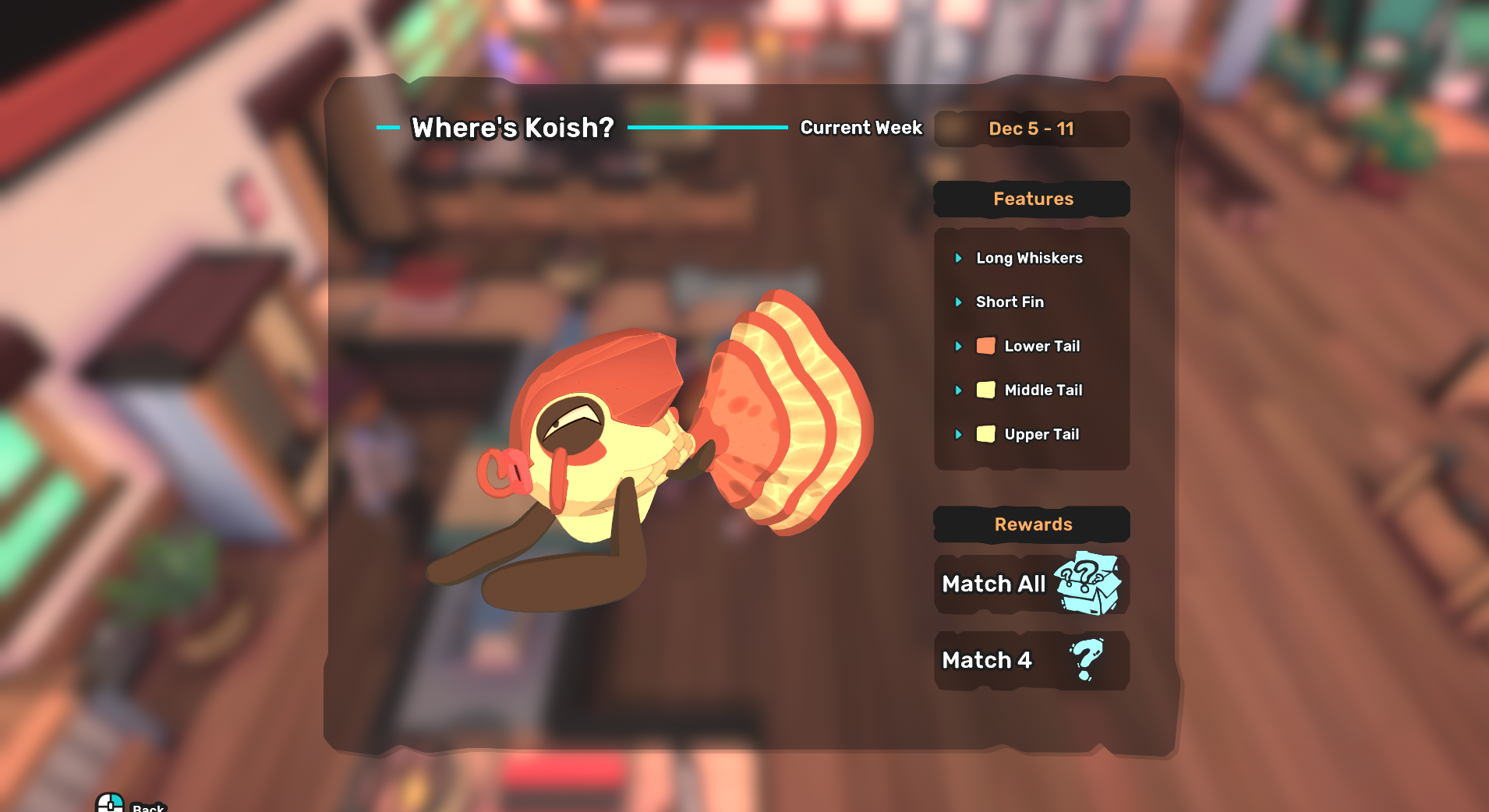 This isn’t all, of course! From improvements to Tamer’s Paradise activities, changes to Seals, Trait Swaps being added to loot pools, new UIs, animations and fades, to balance changes and so much more! As usual, we recommend reading the full patch notes for all the list of changes, the most specific details and all the numbers, and any other improvement that didn’t make it here! You can find the full patch notes here. 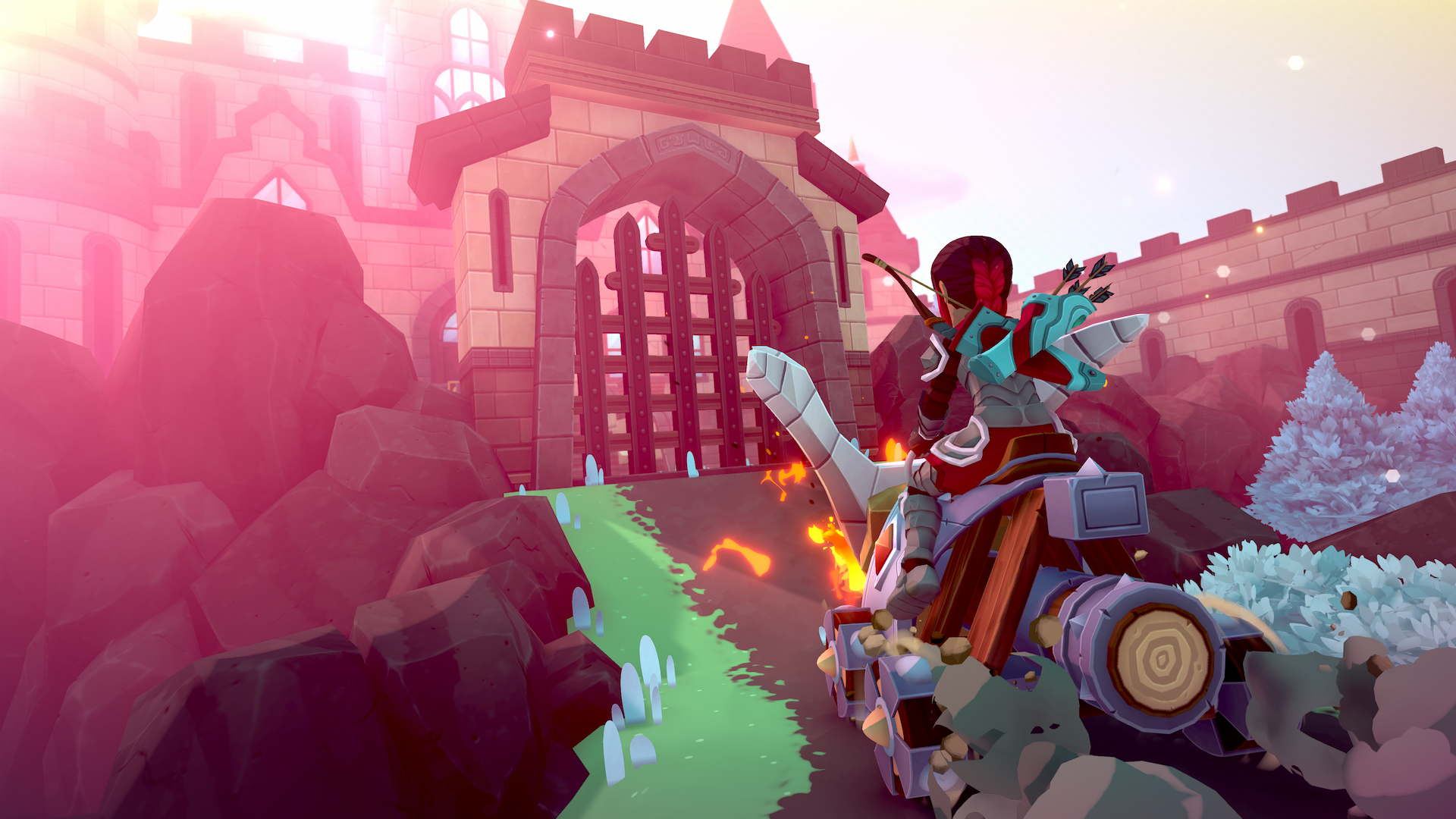