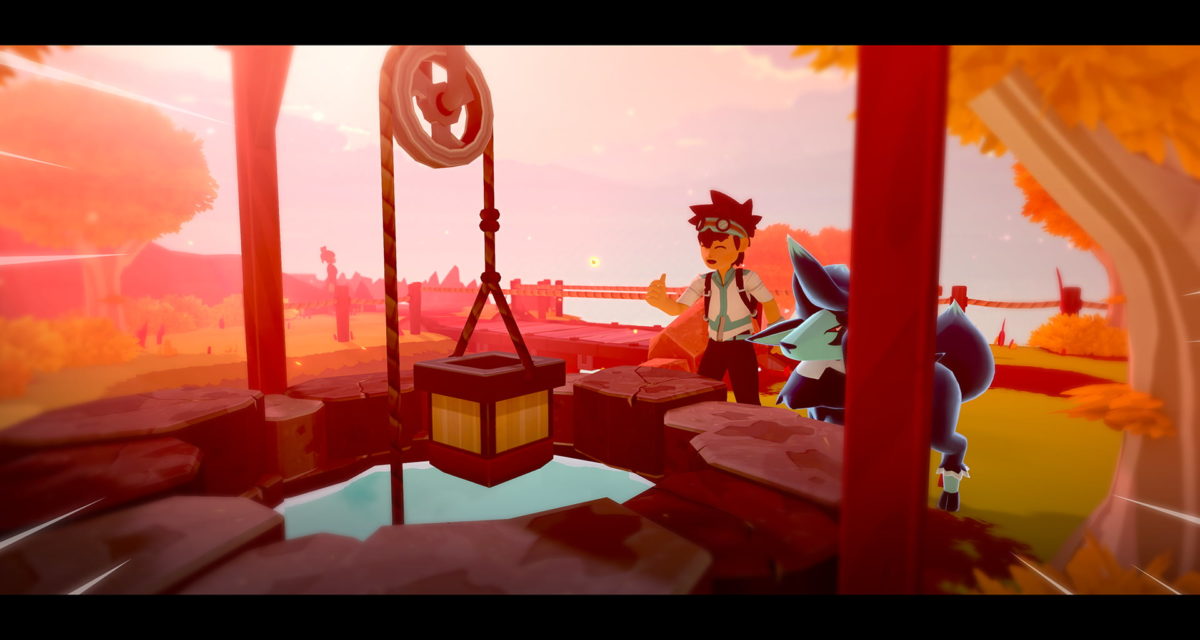 Today we’re releasing a new patch, and a very special one it is! Most of the features included in this patch are either suggested directly by you, the community, or generated based on current problems/feedback the community has. This patch was not originally planned on our roadmap and while working on this patch right now has an impact on our planning and the rest of the planned patches, we believe it’s important to improve the quality of the current version of the game without having to wait for the game to be fully finished.

The big focus of this patch is the economy. Up until now tamers only had two options if they wanted to generate pansuns: releasing Tems and getting a reward from the FreeTem! organization or winning ranked competitive matches. With this patch, we’re introducing two new weekly activities and a daily one, all of which are a source for pansuns and several new items that are debuting in this patch too.

We’re also doing changes to the luma Temtem economy, introducing a new active way to hunt for lumas which allow tamers to chain encounters and improve their chances at finding one of these rare Tem variations.

Fishing at Nuru Lodge and a new, very special, Temtem 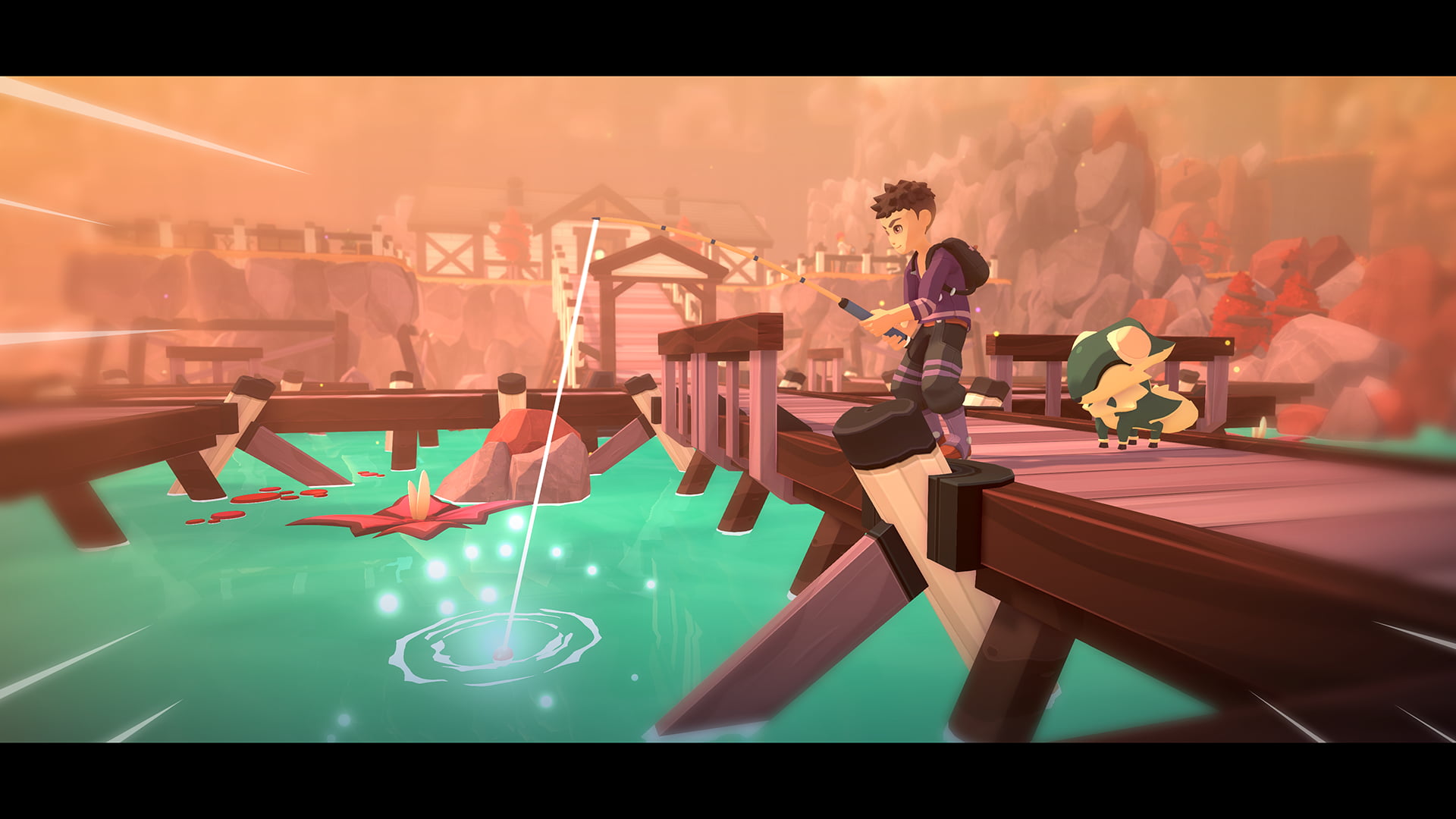 Yes, you’ve read that right. Players can now get a Fishing Rod at the Nuru Lodge in Kisiwa and it can be used in any water area which previously had a spawn zone.

Fishing has been one of the most requested features since Temtem launched, but we were very hesitant to include it. The main problem we had with fishing was related to the diversity of Temtem that appear on each island. Since islands are so huge and the amount of Tems we can do is very limited, sometimes we’re pretty low in terms of diversity for a specific area. Normally, while fishing in other games, players would expect to find new specimens they can’t find in any other way, however, that would reduce even further the diversity, so we took another route.

In order to make a meaningful fishing mechanic, we’re introducing a new Temtem in this patch: Koish. 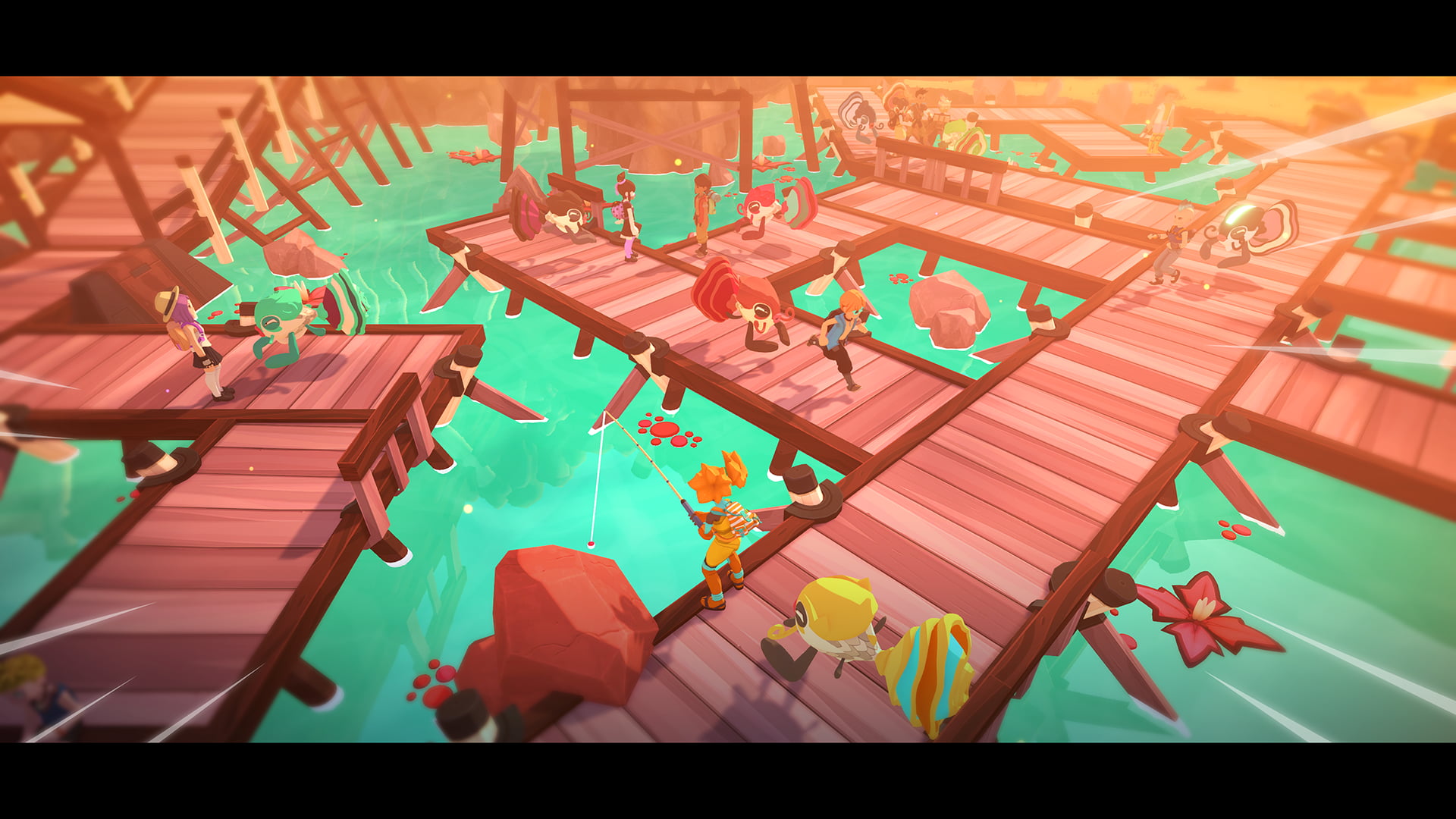 Koish is a very unique Water Temtem that features 12 subspecies including one for each Temtem type (Water/Fire, Water/Nature, and so on). Additionally, apart from the 12 different subspecies, Koish also presents a set of unique mutations in each individual Temtem which generates over 10.000 different unique combinations. And why should you care about that? Well, because that is directly related to the first of the new weekly activities.

For this activity, the Nuru Lodge will only present one of the Koish 12 subspecies during that week and players will be asked to find a specific Koish specimen from that subspecies and they’ll need to comb the Nuru Lodge lake each week to find it. Players will only be able to do so using their new fishing rod since the lake is not surfable, so they will need to learn the ropes and be one with their rod. 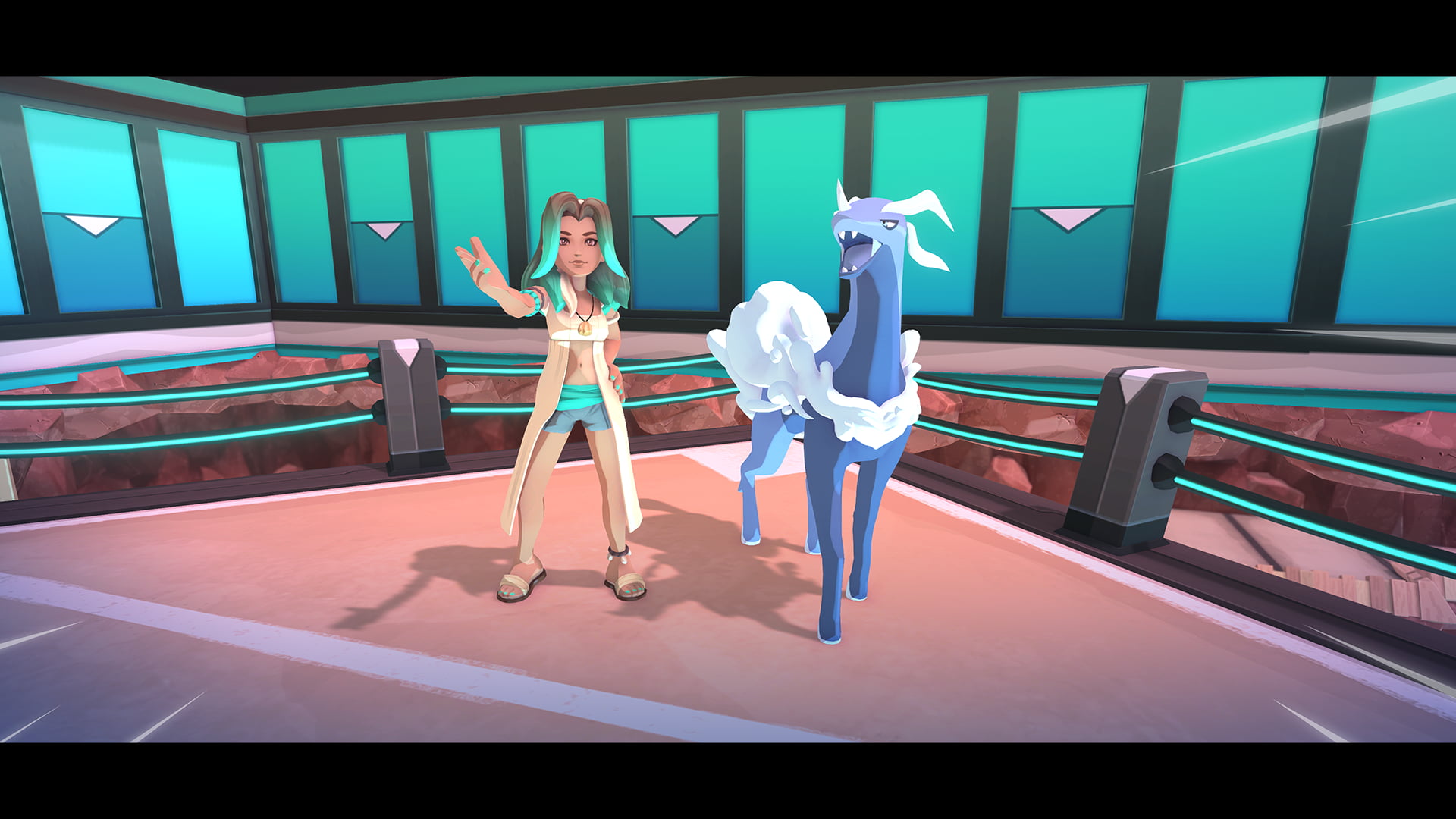 The second weekly activity we’re introducing, which was also heavily requested by the community, is Dojo Leader rematches.

Each week, players will get the chance to re-match each of the dojo leaders they’ve already beaten during the campaign. The leaders will feature new team configurations from week to week, and the battles will use the competitive ruleset (including pick and bans!) with Temtem scaled to the player’s tamer cap. Get ready for a challenge!

Defeating the leaders will net you a good amount of pansuns based on how many tries you’ve needed to defeat them. Also, the first three Dojo Leaders defeated during the week will reward players with a Temtem Radar! (more on this later).

Delivering packages at the Postal Service

The last new activity is a daily one. The Postal Service at Uhuru has opened their doors and they’re swamped with a new line of work they’ve started doing recently. They’re in need of helping hands from Tamers who are up to delivering these packages to NPCs all around the Archipelago.

Each day players can get up to three packages they’ll need to deliver before the day is over. Do the job and get a reward. It’s simple, ain’t it?

A new way to handle rewards

And talking about rewards, we want to introduce the concept of Loot Pools, the new reward system we’ve designed for these new periodic activities as well as for future ones.

Instead of having a predetermined set of rewards each period (like the ones in the FreeTem! activity), rewards will be granted randomly from a bigger pool. Each activity has its own configuration of how much pansuns players will earn, which and how many items players will obtain, and the probabilities for each of those rewards.

We hope loot pools will bring more variety to the rewards for activities and make them a bit more exciting. We’ll be on the lookout checking the rates and making sure the rewards are good enough for all the activities.

Chain your way to lumas 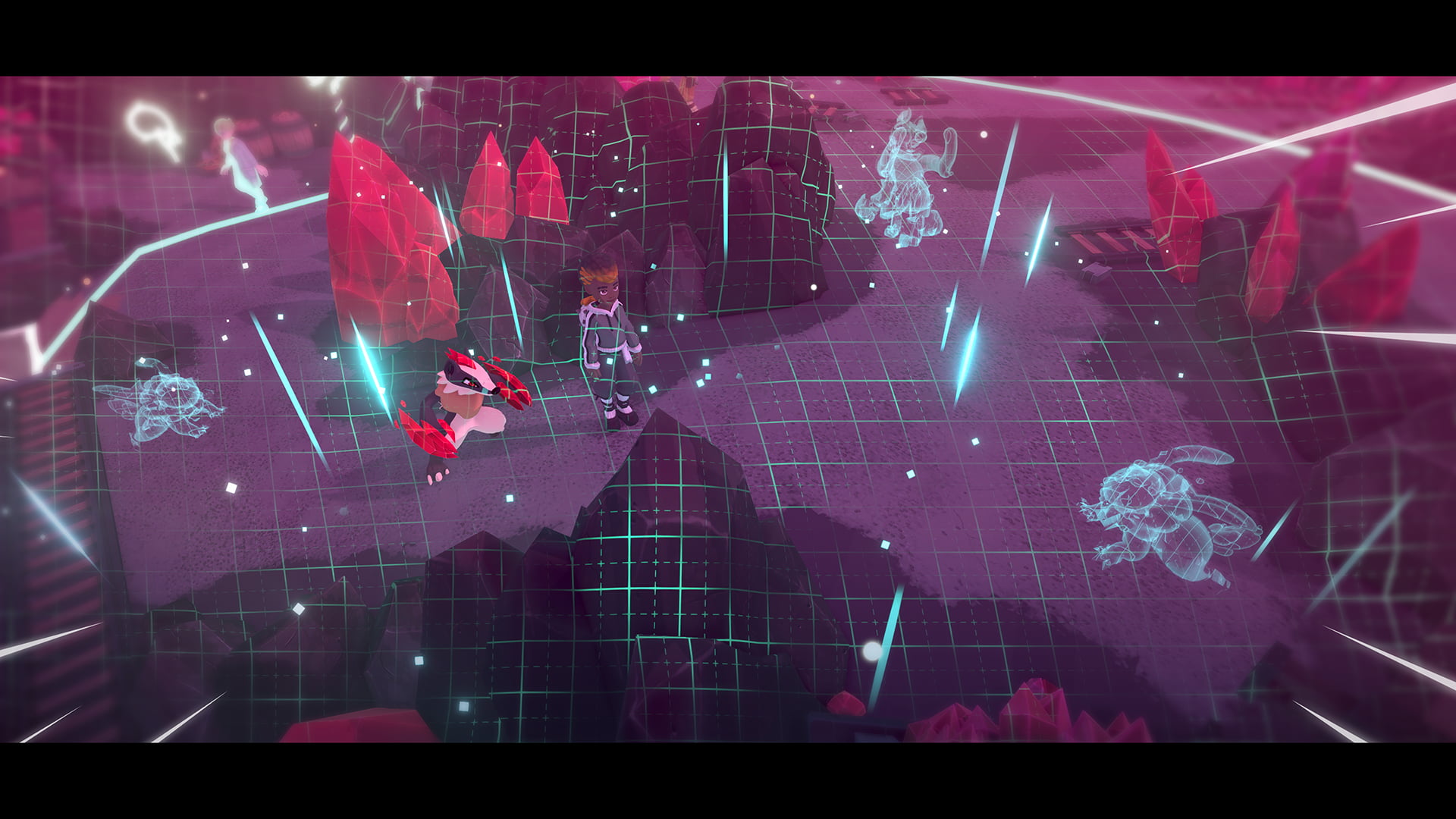 Introducing Temtem radars. Radars are a new item type focused on chaining encounters to get increased Luma chances and Tems with better SVs. Each Temtem radar will help players track a specific evolutionary line in their natural habitats. While the radar is active, some Temtem will spawn in the overworld near their spawn zones, and approaching them will trigger a radar encounter.

However, radars are limited to 400 encounters, after which the radar will break and players will need to acquire a new one. Defeating Dojo Leaders in their rematches will grant players new Temtem radars, up to three each week. Each Dojo Leader will have a different set of radars they can give you, matching Temtem types with their Dojo type specialty.

Wishing wells, a bunch of new items, and more 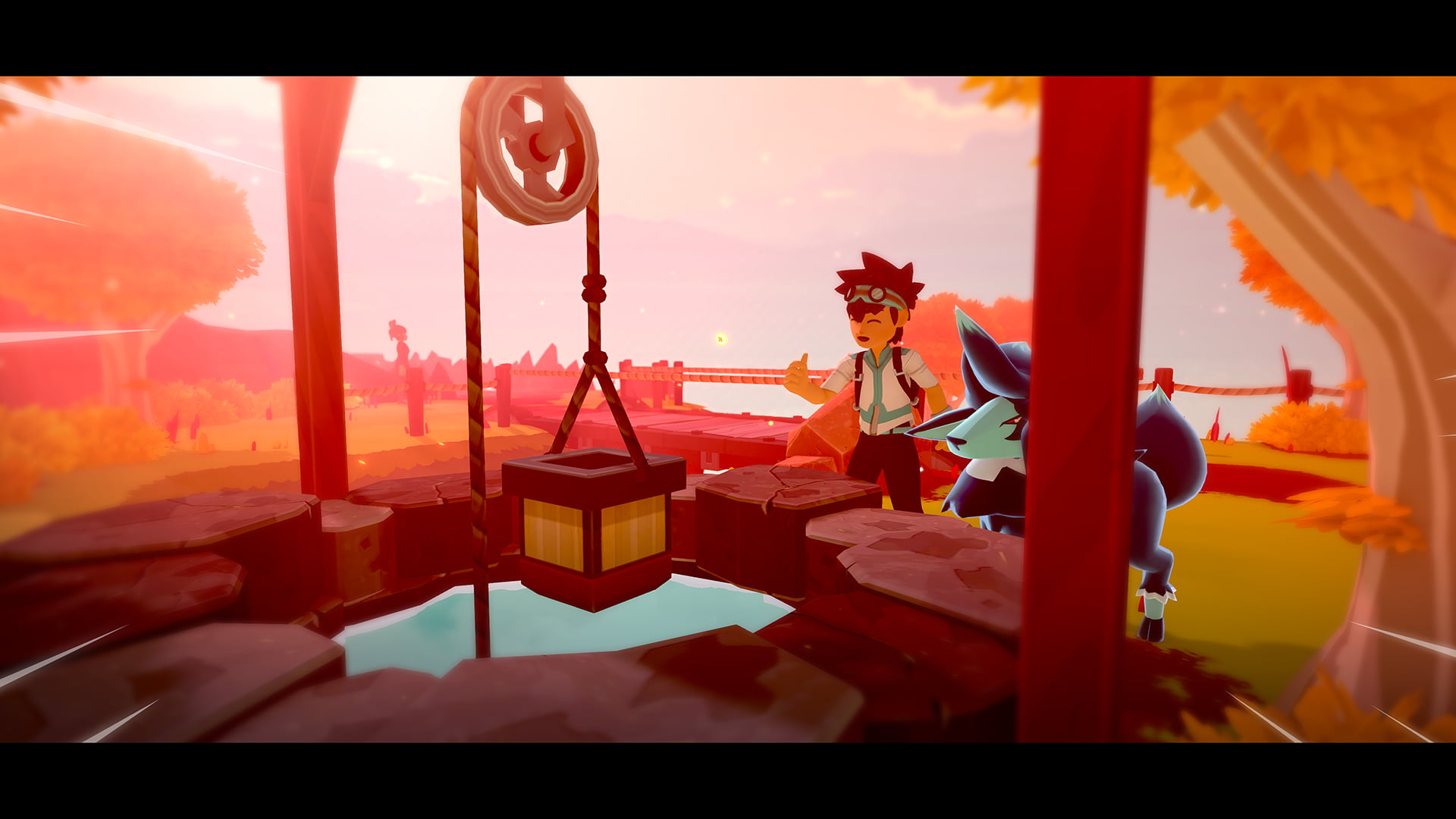 Remember the three wells at the Tasa Desert? Well, we’ve decided to give them some use. Find a WishYouWell coin, throw it into a well, make your wish, and get something in return! From small amounts of pansuns or fruits to pheromones or even some cosmetics. Who knew so much can fit at the bottom of an isolated well?

And of course, having wells only on Kisiwa wouldn’t be fair to the other islands right? So we revisited them and included a well in each current island in the game. Make sure to visit them all since rewards are different depending on your location!

But WishYouWell coins are not the only new item in this update. In addition to them, we’re adding Egg Technique Courses, a new Telomere Hack for swapping a Temtem’s trait, tickets for the Pro Incubators located in the Breeding Center, and Pheromones, which will increase the chances of encountering a specific Temtem species in the wild.

We could be talking all day about these new items and the rest of the stuff included like the Quest Diary (yes, finally), the list of improvements, or the never-ending list of bug fixes. But that’s a job for the complete patch notes which we recommend you to read right now. Or just hop into the game and discover all this by yourself!