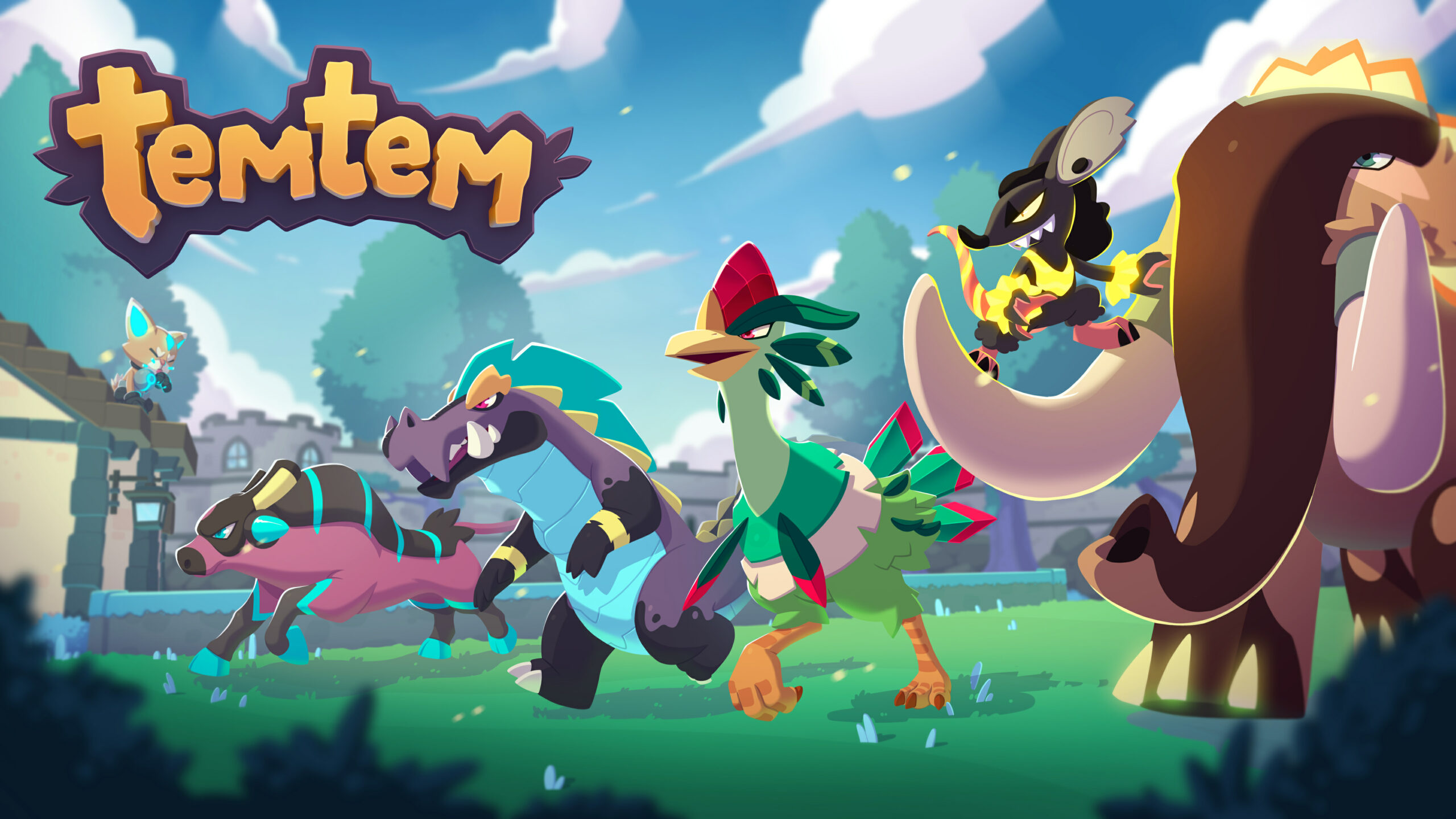 Hello Tamers! Are you keeping warm (or cool) and drinking enough water? We hope you are!

We’re here to make the winter holidays at least 20% better with Arbury, the awaited last island in the Archipelago, which just also happens to be amazing. Let’s dive in to see everything this island contains! 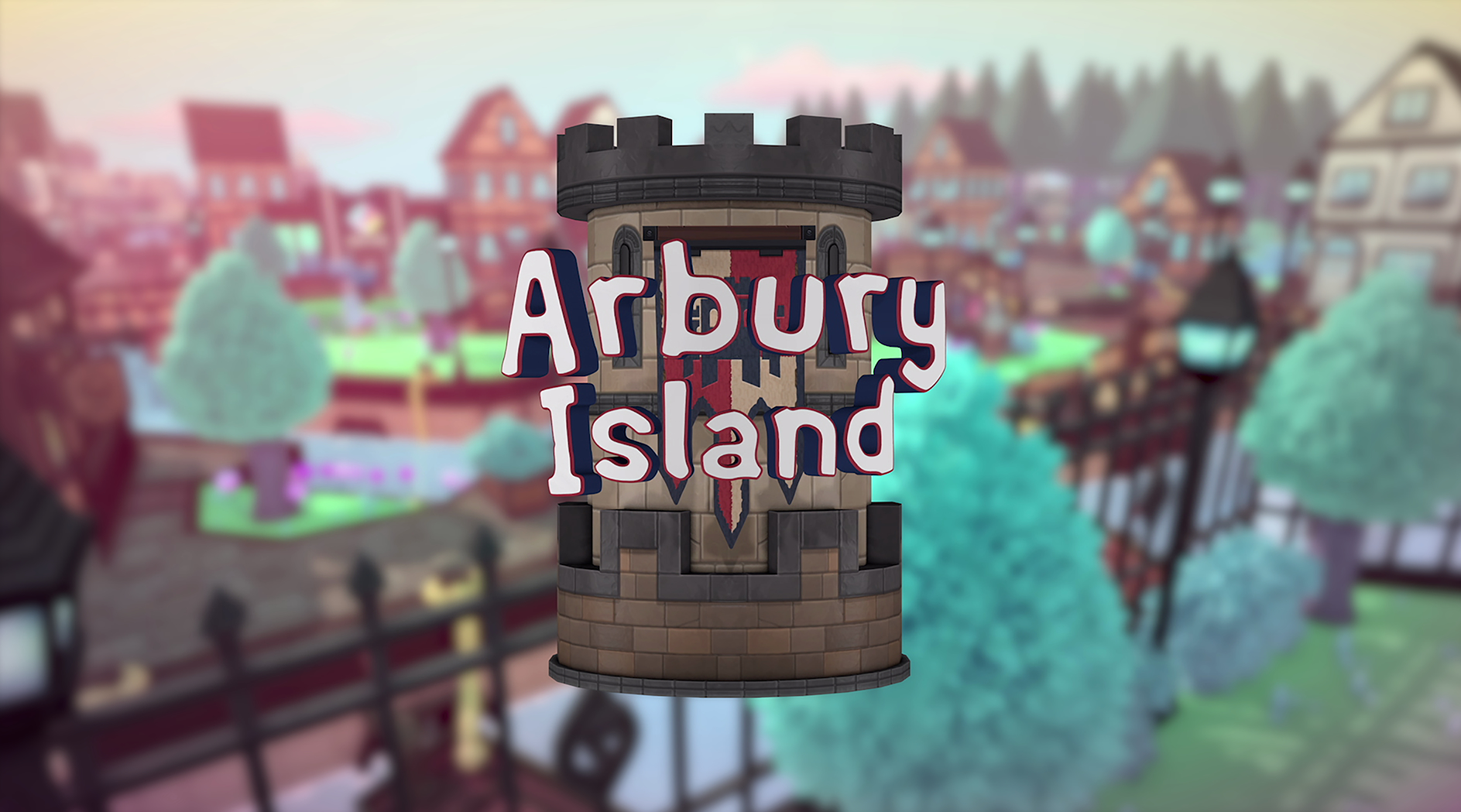 This patch is the first patch in the Arbury cycle, and will, of course, add the island of Arbury to the Archipelago.

Arbury is divided in two main cities, Lochburg and Properton, each of which has a very different mentality and way of life. Naturally, conflict and a decades-long rivalry have ensued, but it’s all in good fun, right? Right?. While Lochburg believes in facing everything head-on and letting their fists do the talking, Properton is more of a mind-focused city state, and would rather engage in a battle of wits. It’s a given that with such stark differences, their taste in Temtem would differ, too: Lochburg is rich in Melee-type Tems, and Properton excels in Mental-type Tems. You’ll also discover that some other, different Tems seem to have infiltrated the island somehow. With a total of 31 new entries, you’ll finally be able to fill all but one slot in your Tempedia, and of course, new Tems mean new Traits, new Gears and new Techniques!

And even though they’re all part of the same island, this rivalry has led them to institute two different Dojos! Who will you battle first, the adventurous Murdag or the sly Percival? 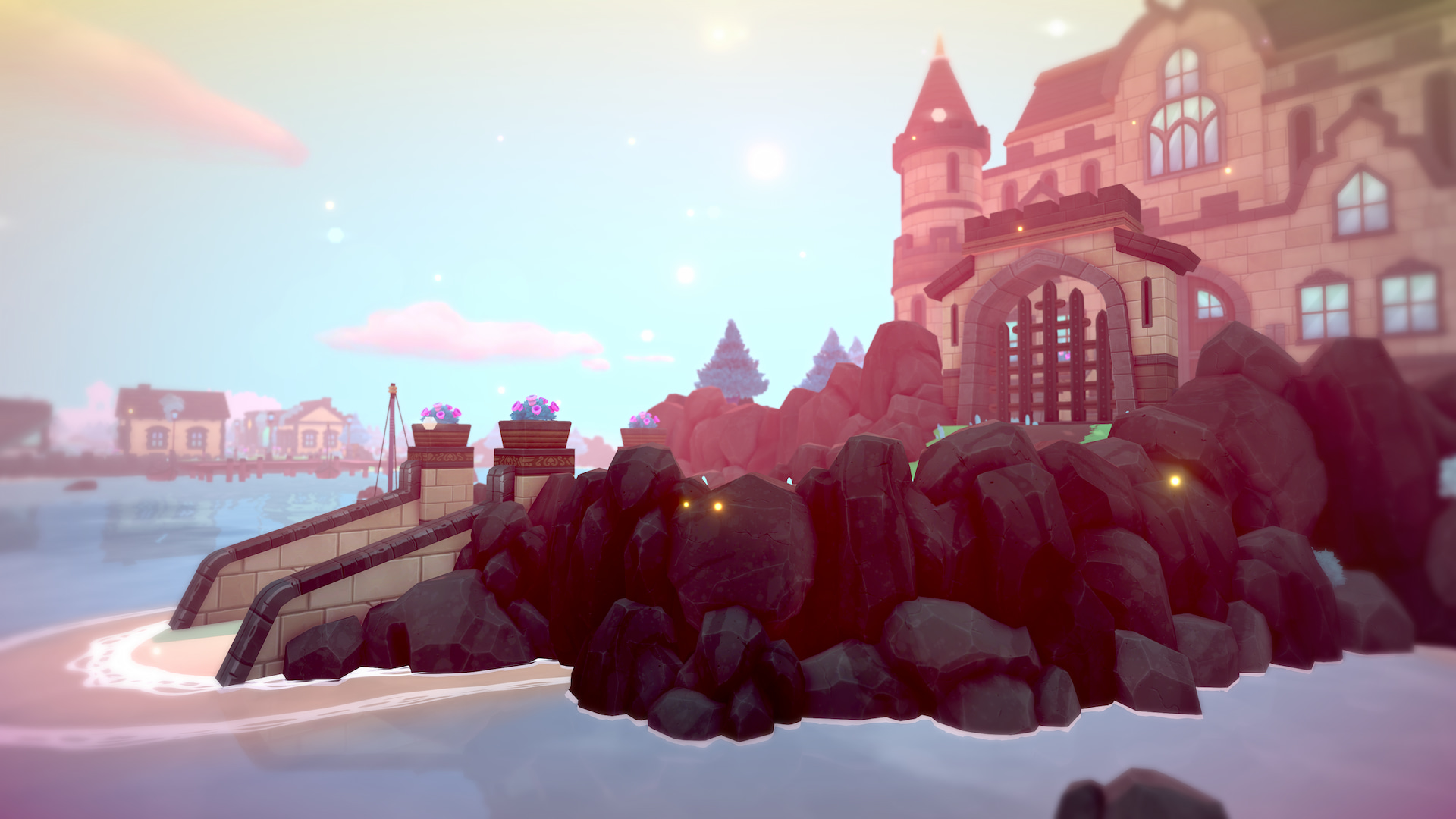 The end of a journey

I know it sounds dramatic, but that’s because I am dramatic. In all seriousness, this is just my way of bringing up that Arbury marks the end of the main story line. Do you remember your Apprentice’s Eve, and the person you were when it all started? Think of all the characters you’ve met, all the quests you’ve been sent off on, all the fights you’ve won and lost. Think of all the Temtem that have accompanied you in this adventure. Now think of finally facing the end of that story, of finally defeating (or not) Clan Belsoto’s top brass once and for all and saving the Archipelago. See why I was dramatic?

Now, this is not the end of Temtem at all. Arbury is the sixth and last island of the Archipelago, but if you’ve been here for a while, you probably know there’s a lot we still have to do, from features like Mounts or Dojo Wars, to platforms that are waiting for us, all through a whole array of endgame activities, bug fixes and improvements. This is still a game in development!

It’s worth noting that, since Arbury is the last planned island, this is also, by extension, likely the last batch of new Tems in the game (except for one very special last Tem, the third Mythical, that will be added later in the future). We get a lot of questions about what’s coming to the world of Temtem now that we’re reaching a certain point, and we also get a lot of requests for more islands/Tems (which we know come from a place of love), but from the very beginning the Archipelago was comprised of six islands, and the Tempedia was a 165-tem roster. With this, we’ve completed the picture we had for the game in terms of islands and Tems. If in the end some new tem comes along, that’ll be a pleasant surprise to everybody, but we’d rather focus on the facts. There’s always been more to Temtem than Tems and islands, so there’s still a lot coming! 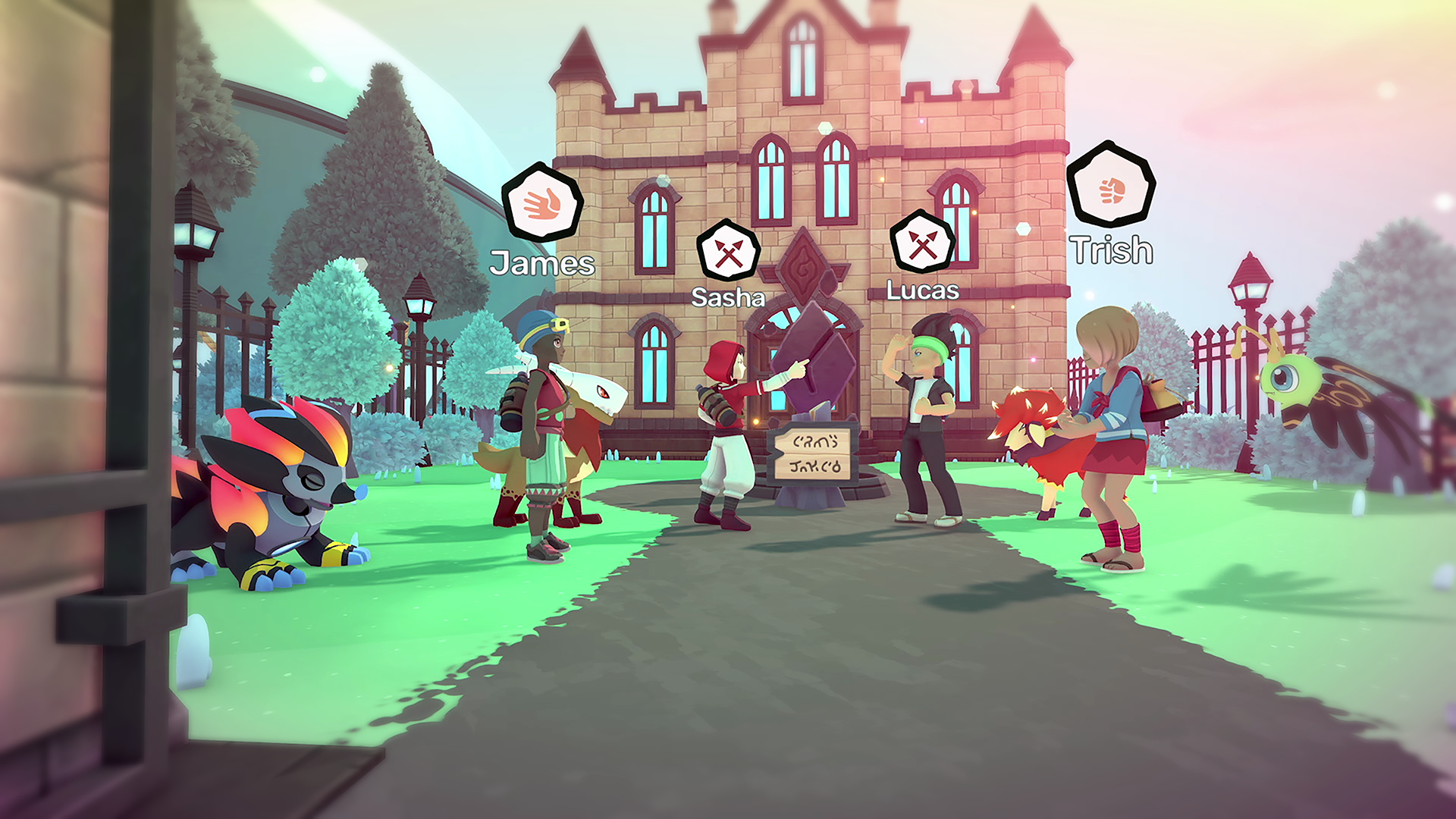 Needless to say, you don’t need to worry about Temtem shutting down: we have plans for continued support for it, including past 1.0 launch. Apart from the basic content that is currently missing, there’s still so, so much we want to deliver in terms of features and gameplay loops that (we believe) will give Temtem a long-lasting life, and don’t forget there’s still a whole new end-game area to discover!

So please don’t be concerned when the credits roll in, this is not the end! It’s just the final brooch to a story we embarked on years ago, and you’ll be promptly returned to the Archipelago as soon as they finish, so you can keep enjoying the world of Temtem.

Kudos? Kudos! Kudos are Temtem’s take on achievements and are coming to you with the first update in the Arbury patch cycle.

We’ve tried to cover most areas of the game with them, so if you’re the collector type, you have a handful of goals ahead! Kudos are listed in different categories according to their nature to make them easier to manage, and you’ll be able to quickly see your current progress, so you can easily keep track of where you’re at and be proud when you complete one. Here’s a sneak peek of the categories: 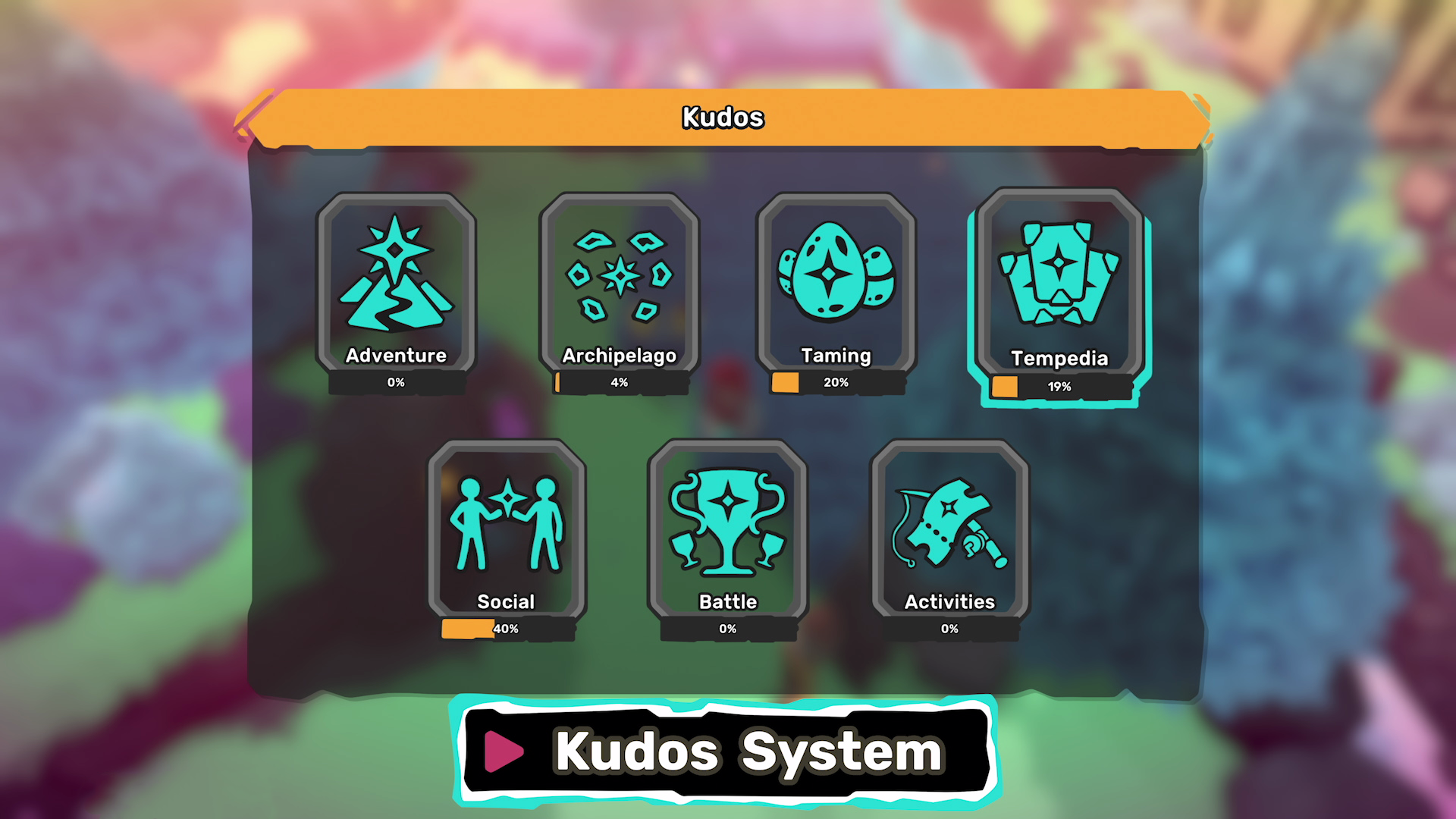 Not all Kudos are retroactive, meaning you might have to embark on certain activities again, but we have made sure that Kudos that are gated behind unrepeatable content will be retroactive. This means all of them are achievable by playing normally. We’ve also made it so Kudos can grant rewards, but we’ll implement said rewards in the future! These will range from exclusive cosmetics, to Titles, furniture and emotes. If you achieve the Kudo now, you’ll be able to claim the reward later, so no need to hold back.

And to the question you’re probably thinking right now, yessss, Steam and PS5 achievements are coming with this update too! Not all Kudos are tied to an external achievement, but all external achievements are connected to a Kudo, and you’ll unlock the matching Steam achievement/PS5 trophy when you achieve one of those tied Kudos in Temtem. The best part is that this isn’t even the full list of Kudos! We’ll be adding more as we progress on development and unveil new features.

We’ve been working extra hard on an entire new system that will hopefully make Temtem load faster and ease up on memory occupation. I have an explanation for it, but I am -not- a tech person, so bear with me:

This system is, in fact, not entirely new. We had already started implementing it for VFX and Temtem, and thus reduced the number of crashes caused by running out of memory. Because we had been focused on launching patches and adding features non-stop, we hadn’t really had much time to really focus on memory optimization or performance improvements, though. Now, however, as the game got bigger and as we started working on ports to different platforms, we needed to start extending this new system to the whole game.

In the past, Temtem allowed the engine to shoulder the responsibility of loading everything when you walked into a new area, combat or building. This new system will make sure we only load what’s needed, and little by little, thus increasing the memory performance. In consequence, your game will load faster while burdening your machine less. It will not increase your FPS or anything of the sort, but will shorten loading times and give those old computers a lil’ break.

But everything in life comes with a price: this new system could (and most likely will) cause some new and previously unseen bugs, so we’re asking for your patience and understanding, and hoping you’ll help us reporting them when the time comes. Thanks for your patience beforehand! 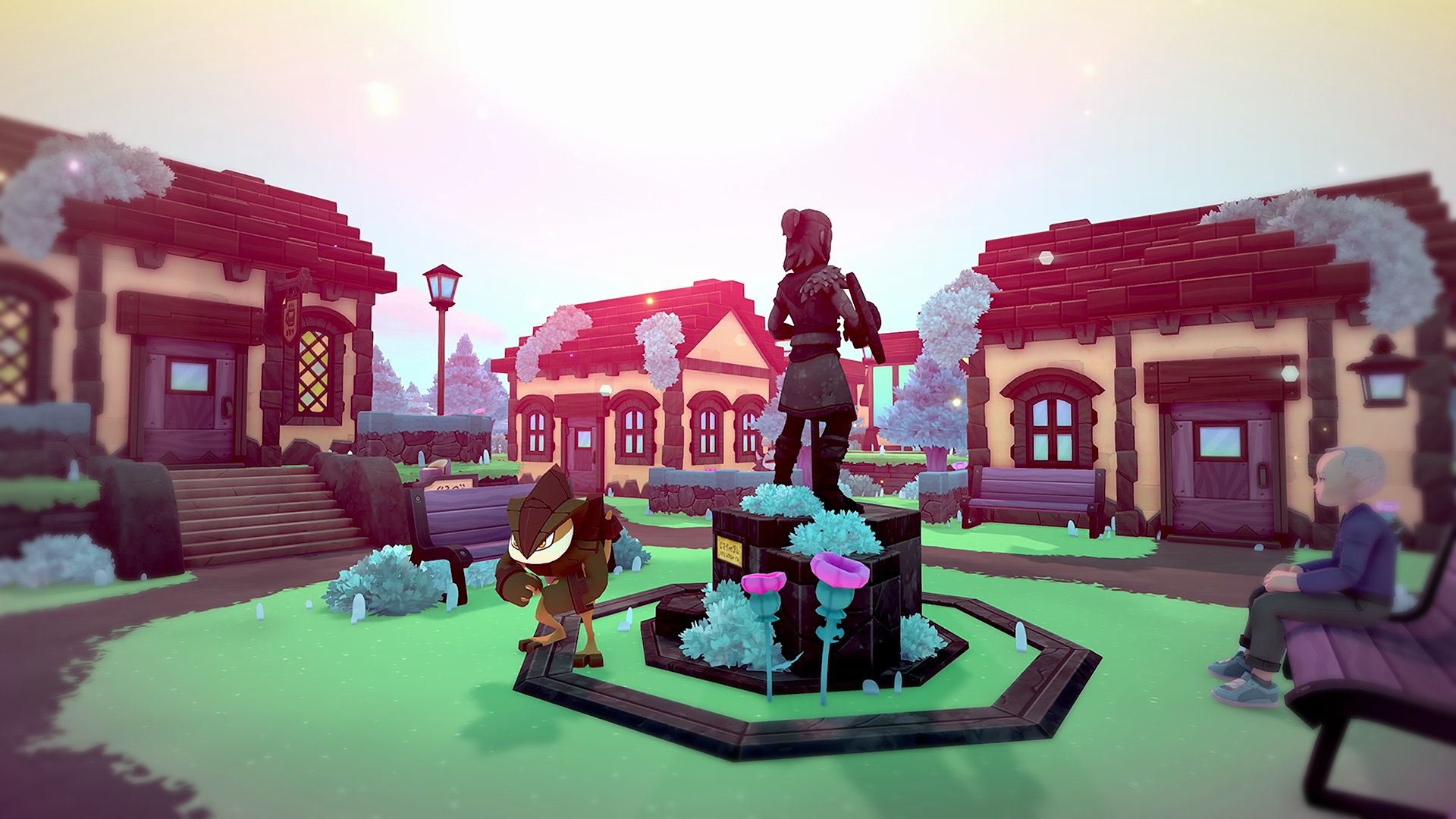 You know these few highlights are never the full rundown, and as usual, you can check out the whole list of changes and novelties in the full patch notes here.

For this update we’ve continued progressing on feedback given on many different areas: we’ve added items that will make gaining EXP easier, and we’ve equated the experience earned from wild Tems to that of NPC battles. Leveling up is not in the best place right now, but this should help alleviate the current issues.

There are also a lot of balance changes meant to address the final level cap, and when we say a lot we mean it. We’ve added novelty items, many of which were community suggested, that will make TV-training more efficient, and we’ve reset TMR and TMR Peak to give the meta a fresh start now that we have a full roster.

We’d also like to touch on a lot more that is coming during this patch cycle! For the next content update, which is expected in the next handful of months, we plan on releasing features as huge as Mounts, the Trading House, and Dojo Wars. We’ll be talking more about them as we approach to it!

There’s another really expected feature that we’ve been working on: the cross-progression system! We’ve been doing some background work and refactoring to support it, and we’re immersed in talks with platform holders to have it enabled. We’d like to have it implemented ASAP, and as soon as we get greenlit we’ll share more details on how it’ll work.

We haven’t talked about it in a while (it was only mentioned in ye olde roadmap), but we’ve also been setting up a public API for Temtem, for all your community tools! With a bit of technical knowledge, the API will make it so much easier to access data that used to be only available in-game, and probably cover many community needs for tool-making. We’re currently testing it internally, in a private beta phase with some community members, and we can’t wait to share it with everyone when it’s ready!

And, of course, we’re working on the Switch and Xbox Series X&S ports. We’re now facing the challenges each platform poses with the game, and working on overcoming them. We still have a while ahead and we’d like to talk more about this in the future, once we’re done with the Arbury cycle, but we wanted you to rest assured that we’re working on it.

We’re really looking forward to your reactions upon finally seeing Arbury, your feelings towards the new tems, techniques, traits and gears, and of course, your opinion on the myriad of QoL changes, balance changes and more that every content patch brings with it! Remember that we process your feedback and suggestions through here, and that we are usually hanging around our Discord server, where we talk about stuff and sometimes leak unseen things! Come join us for a cuppa ☕

We hope you really enjoy Arbury. Temtem up!