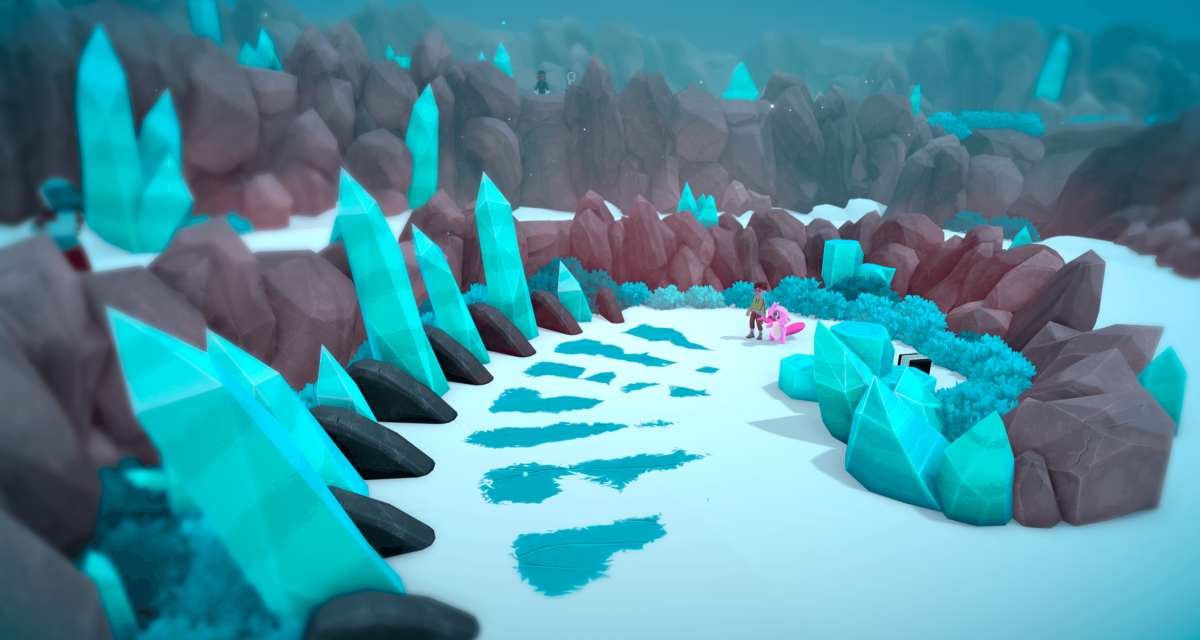 With the release of version 0.6.9 (nice), we’ve launched into the world two new and very exciting things: the latest breeder tem, and two breeder routes, the first two we’ve done. We’re also taking this chance to talk about a previously released breeder tem.

As I’m sure you already know, for the highest tier’s reward we gave some players the chance to create their own Temtem, just the way they wanted. Zephyruff and its evolutionary line were first. In PokeNinja‘s case, however, the ideal temtem he had in mind already existed.

When we reached out to PokeNinja, who was in fact, our first breeder, he let us know right away he had his sights set on a fakemon that had been making the rounds some years prior. PokeNinja’s son was in love with the little guy, and it had to be him. Together with PokeNinja, we reached out to the original creator of Platypet, Leopoldo Spagna, known online as 50shadesofHeliolisk, who had created the famous concept art sheet for Platypet back in 2018. He had created the designs for Platox and Platimous as well. 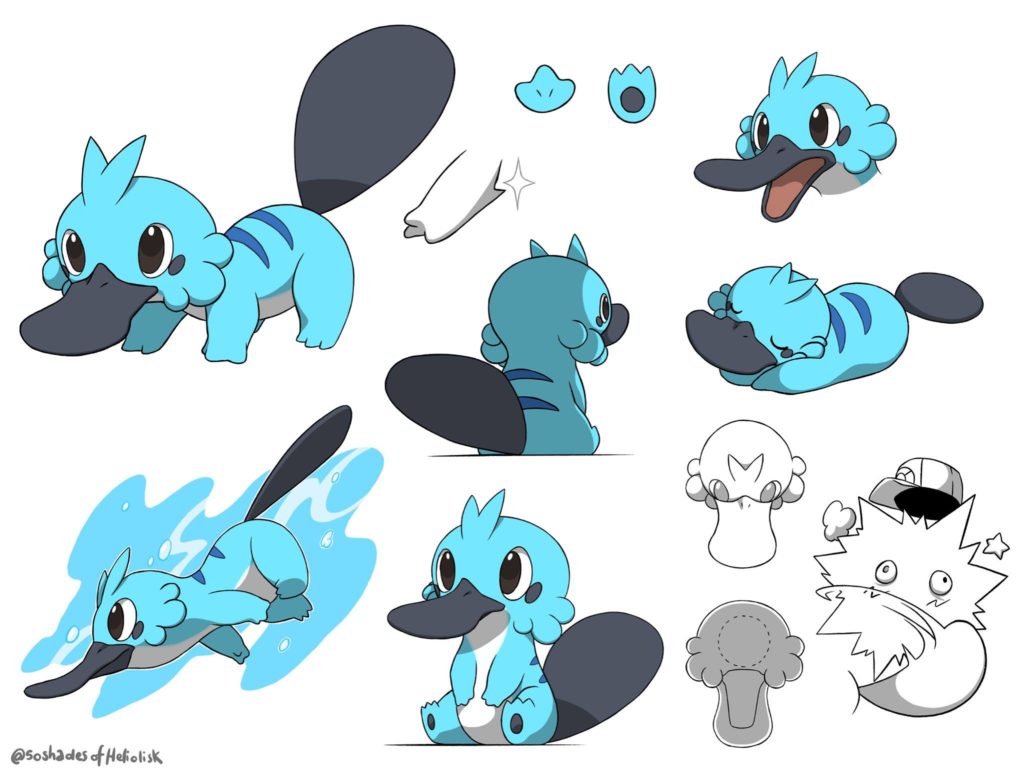 After reaching a successful agreement with Spagna, we purchased the rights for the design of Platypet and its evo line. It was PokeNinja himself who named them all, and teased them on his Twitter. We worked to make sure Platypet and its line fit in seamlessly with the rest of tems. In this case, though, we didn’t present a myriad of concepts, but a single one for each evolutionary stage, that went straight to our 3D artists. Behold, the full trio: 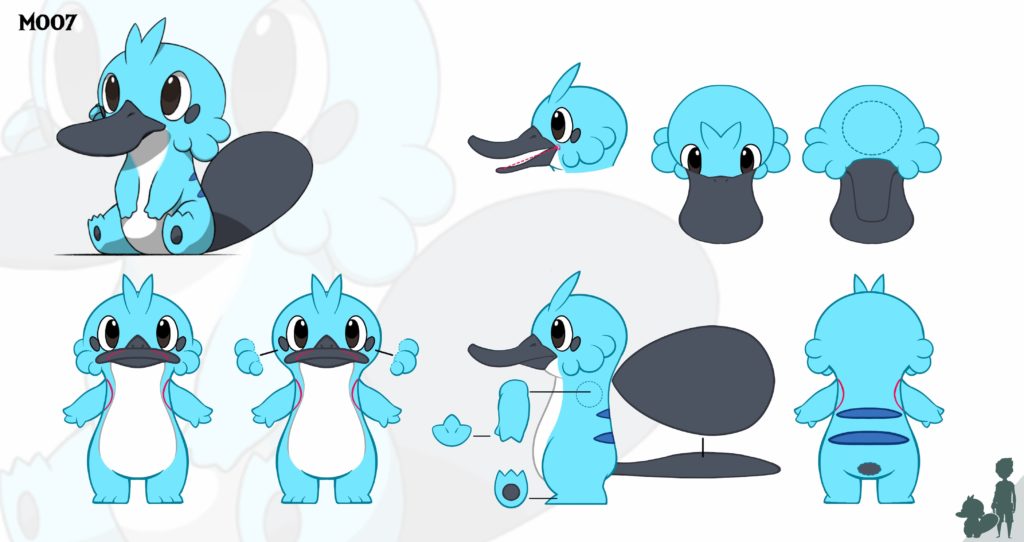 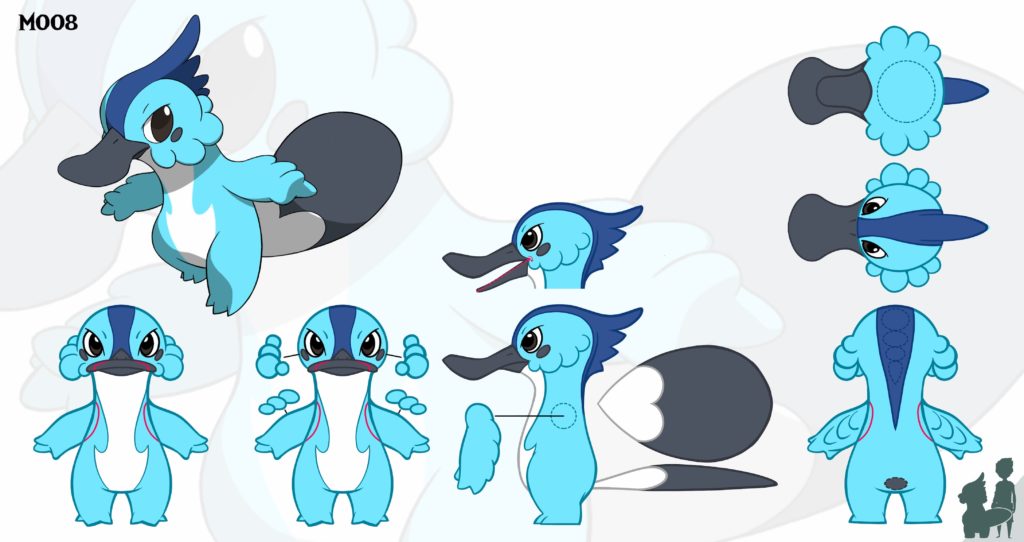 PokeNinja chose its typing, Toxic/Water, and decided on the pink luma color after having his community vote on it. We wrote Platy’s lore as a superstar, et voilà!

As for his route, the Barafu Glacier, PokeNinja consulted his peers and came to us with the idea of a frozen cave with interactive elements, which ended up being a musical puzzle. The NPC at the end of the route, Peyton, is named and takes after his own son, and is, of course, accompanied by a luma Platypet. 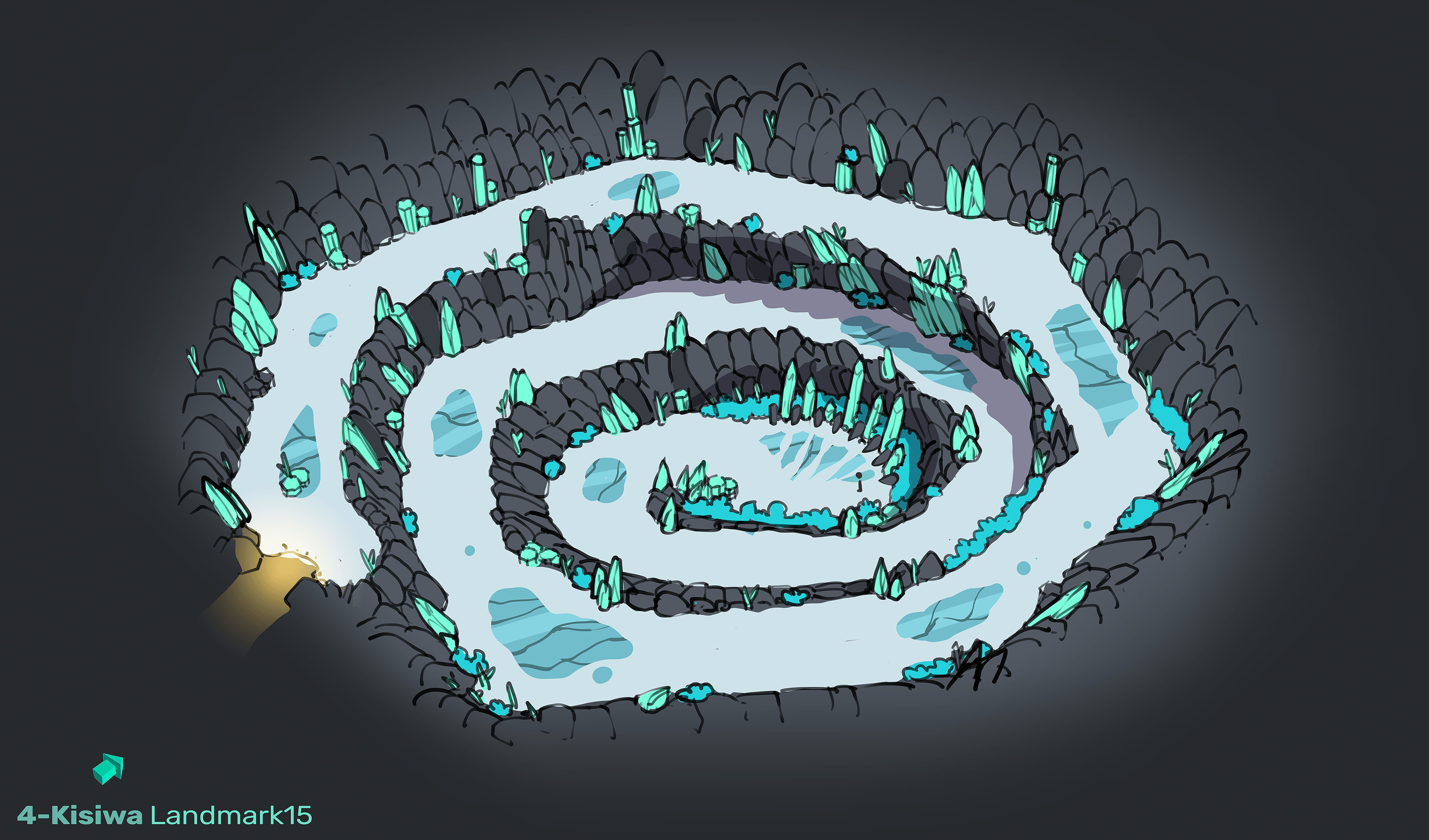 Momo is the most recent addition to the game, and one we’ve kept zealously hidden until its official reveal.
Kyle, its breeder, told us he was a big fan of Siberian Huskies, and as such, wanted one in Temtem. He came to us with a clear idea, and although we iterated a bit on the concept at first, it was fast, and already pretty close to what ended up being the final design.

When it came to naming the new tem, or choosing its luma coloration, Kyle gave us complete freedom, so we chose our final boss as an inspiration: Momo, Guillermo “YaW” Andrades’ Shiba Inu that sometimes drops by the office to keep everyone in check.

After making sure Kyle was fine with it, we had name, luma color, and gender ratio. Thus #099 was on her way to steal everyone’s hearts.

Kyle’s route, the Kilima Peaks, was at first a bit of a challenge because we originally hadn’t considered snow in the Archipelago. We weren’t sure how it would fit in, because with all islands being close to the Pansun, there is none that displayed snow or ice. He was, however, sure he wanted a snowy route, and it occurred to us that the peaks of the highest mountains in Kisiwa could be a place where snow fell and lasted, and stuck with that idea. The results are good and it doesn’t stand out in the Archipelagic lore, so we feel like it all worked out in the end. He gave us a lot of creative freedom on this issue as well, so we decided to have the route revolve around its breeder tem, Momo, and create a lore-filled snowy mountaintop. We even included a canid-shaped patch of grass for Momo! 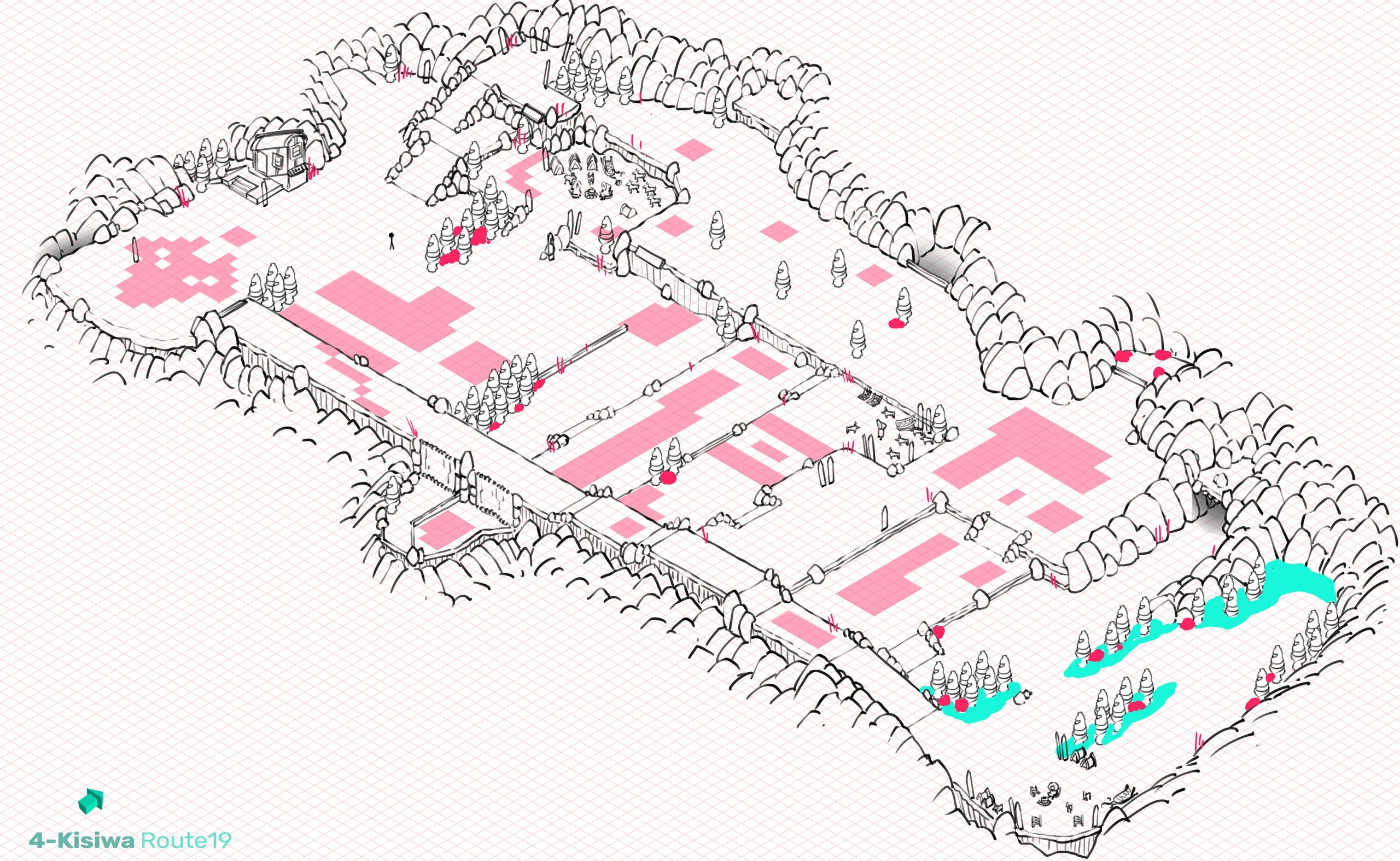 This is all we have for now. Hope you’ve enjoyed knowing a bit more about these routes and tems as much as we’ve enjoyed designing them with our Backers. There aren’t many breeder Temtem left now, are you excited?