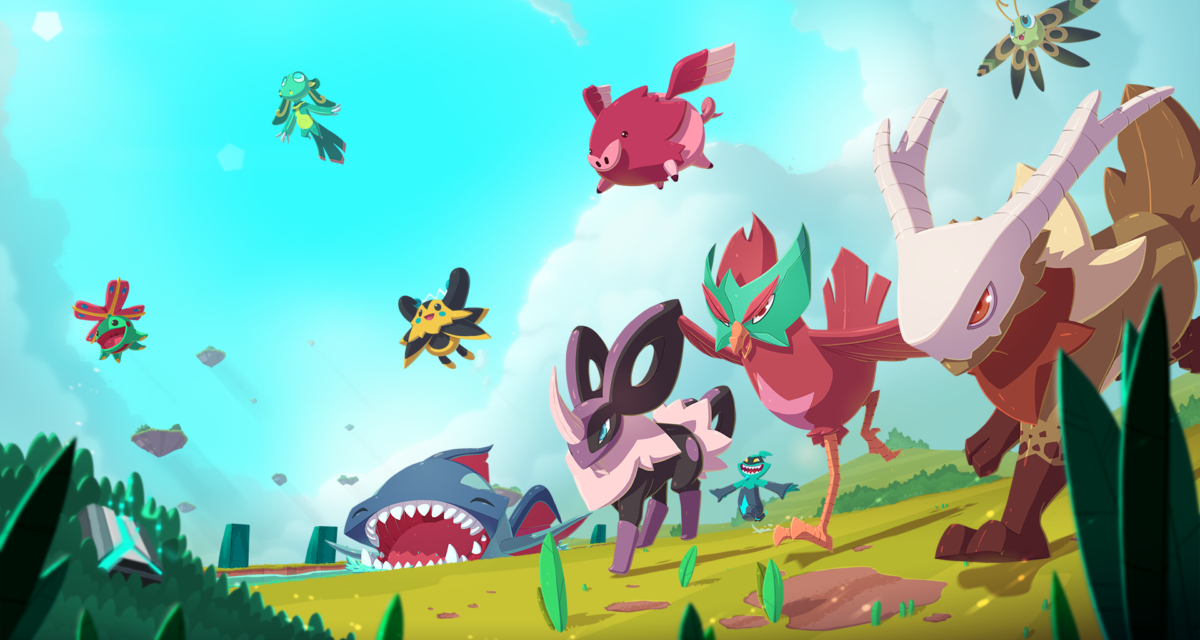 Welcome to day 3 of our Golden Week of 1.0 spoilers, a week where we share spoilers on what’s coming with version 1.0 and shortly after! Today we tackle the very delicate issue of microtransactions with as much honesty and transparency as we can.
But first, as it’s now tradition, a disclaimer:

Our stance on p2w situations

As we’ve talked about multiple times in the past, Temtem is going to feature a season pass and a premium cosmetic store. These features are planned to release during the “launch window” just like the Competitive changes mentioned yesterday, so please don’t expect these on day one, but soon after that.

Before diving deeper into the features, we’d like to clarify one thing: every item that can be obtained from the Tamer Pass or the Premium Store is purely cosmetic. There won’t be any items that will give you an advantage in the game. None of the items will allow you to level up faster, train your Tems better, or anything like that. We’ve been pretty adamant about this since day one and we plan on keeping this same approach in the future of Temtem too. We want these cosmetics to be a choice for our players, and not an imposition needed in order to keep up with the game.

Now, onto the features!

Firstly, we need to tell you about a new currency (and it won’t be the last new currency you hear of this week): Novas.

Novas are the premium currency for Temtem, and the main way of obtaining them will be purchasing them via in-app purchases, but you will also be able to obtain some Novas for free just by playing the game. Novas are the currency that will allow you to purchase the premium Tamer Pass and most of the items located in the Premium Store. 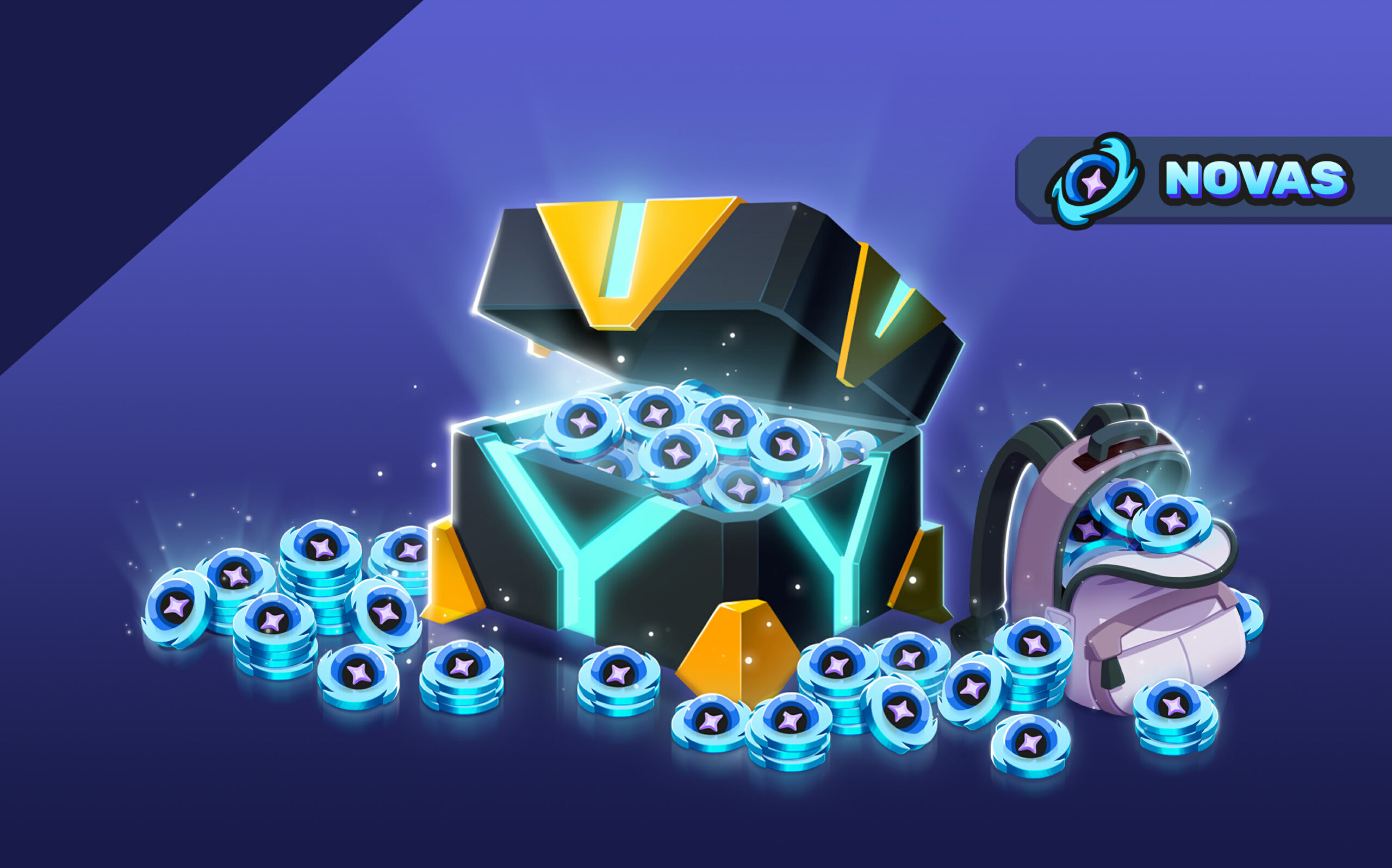 This naturally leads us to the Tamer Pass. The Tamer Pass is strictly related to Seasons, and it will feature two tracks of rewards: a free one, available for all players, and a premium one, which will be only available for players who purchase the Premium Tamer Pass using Novas. There will be 60 levels of rewards waiting for you with ~80 different rewards (~60 in the premium one, ~20 in the free one). As an important side note, none of these rewards will be tradable.

And how do you level up the Tamer Pass? Almost everything you can do in Temtem (completing activities, playing ranked battles, breeding, finishing a radar…) will grant you Tamer Pass XP. The idea behind this is to avoid forcing players into something they are not interested in. Instead, we want to allow all playstyles to thrive and be able to take advantage of the Tamer Pass rewards.

For the most dedicated players, the Tamer Pass will also feature a new set of Weekly Quests, which includes 4 free quests and an additional 4 more quests available to users who purchase the Premium Tamer Pass. These Weekly Quests can be different tasks, but they will challenge you to explore a the game a bit more and to try features that you might not be so comfortable with, but you may end up loving. When completed, the quests will give you a good chunk of Tamer Pass XP and also grant you a small amount of Novas.

One last thing to know for now about the Tamer Pass is that completing the Premium track will grant you enough Novas to purchase the next season’s pass without any additional cost. Even without the Premium Tamer Pass, the free track will also feature some Novas as rewards, which you will in turn be able to spend in the Store, or save to purchase the next Premium track. Novas do not expire, so you’ll be able to save them for as long as you’d like to.

The Premium Store, on the other hand, is much simpler, featuring cosmetic items that will rotate daily or weekly. Players will be able to purchase some items using Novas, while other items will be available with Feathers (remember them? You’ll learn about them tomorrow). There will be two tiers of items:

So what kind of items are these going to be?

As for the cosmetic items that are going to be present in both the Tamer Pass and the Premium Store? Well, you already know a lot of them. Furniture, housing items, different hairs, hats, and clothes for your character, and mounts (both Temtem and prop based ones, like the super secret 🛵) are among the ones you already know. However, we’re also working on some new cosmetic items that will arrive on 1.0 and that you’ll be able to get with these new features. It’s important that you know that none of the cosmetic items you’ll be able to purchase in the Premium Store are tradable. You won’t be able to trade any of these, nor any reward from the Tamer Pass.

Want a little snippet? Among these new items that we’re working on now there are Temcard Seals — an item that can be applied to any Temtem so that, when that Tem is called into battle, it pops out of the Temcard with a new visual effect.
Want more? Another new item is the Battle Outro Animations (just where could we have seen this recently?), which are some cool new effects played when you beat your opponent in a competitive match.
We’re feeling crazy generous, so let me tell you about the new Sprays, which are a new kind of emotes that will display some cool artworks in the world, for everyone to see, and that have been created just for the occasion! Better yet, let me show you: 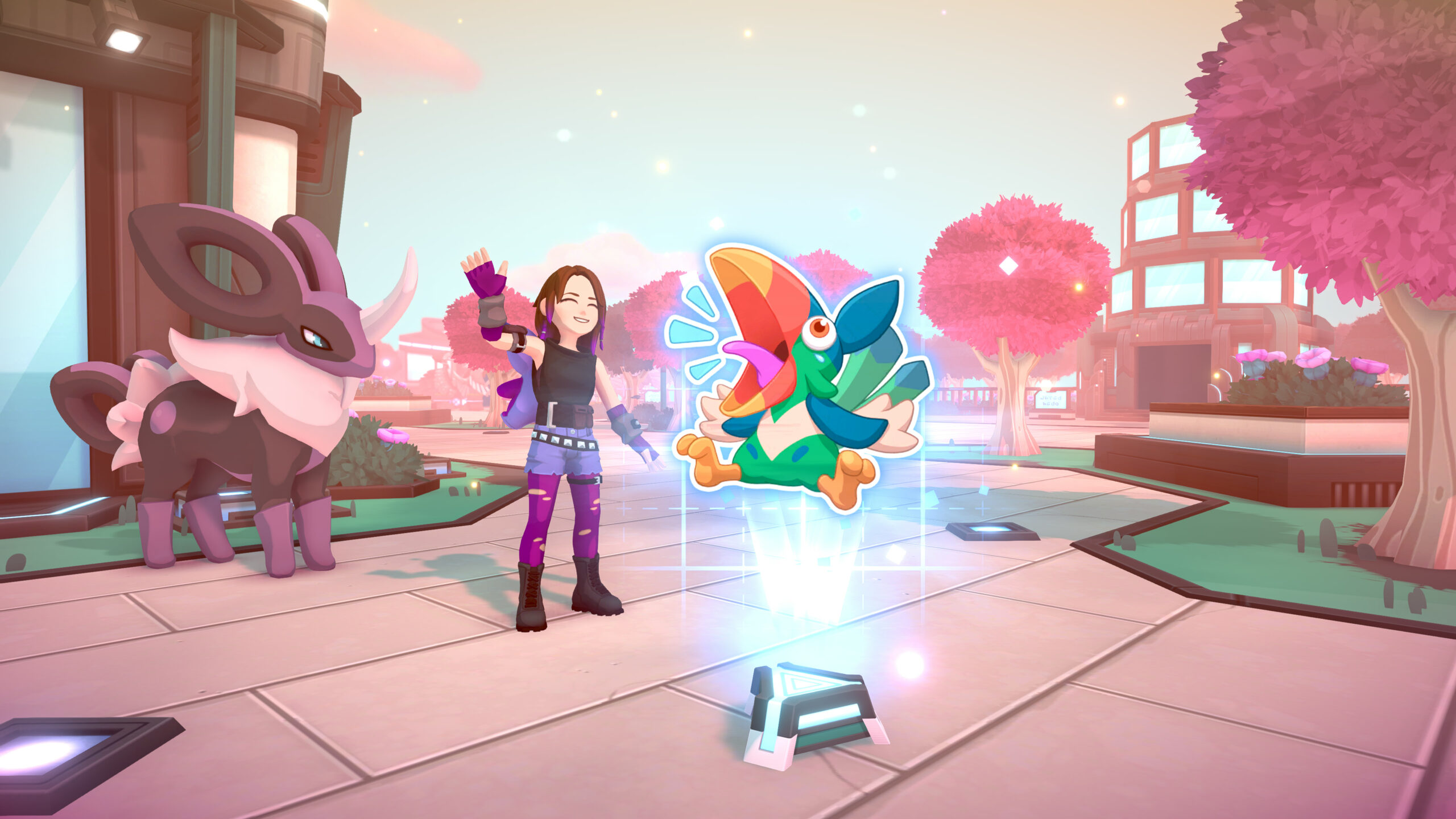 That’s it for today! Even though this one post has been shorter because there’s a lot we can’t show you yet, we hope you can now feel a bit more reassured about the upcoming premium cosmetics, and that you’re excited to read about Tamer’s Paradise tomorrow!