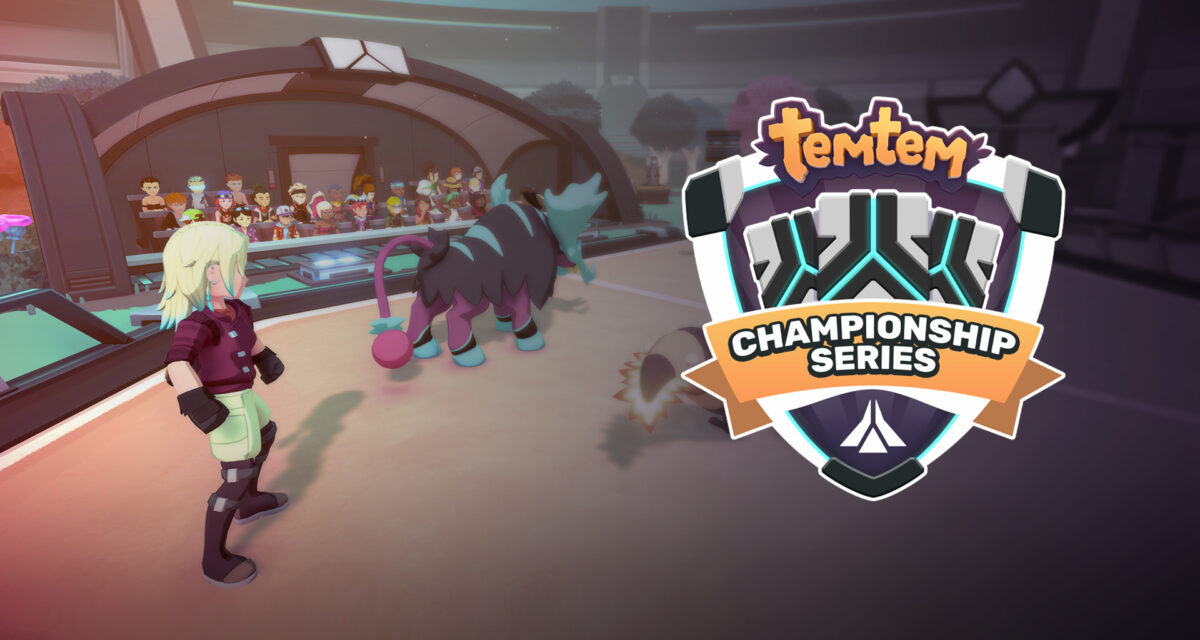 The first batch of regional events is about to end!

While we are happy with the positive reception the TemCS has had, we know we still have a lot of things to improve. That’s why we will keep listening to your feedback and work to move everything in the right direction.

The following changes will start taking place at the start of February. We wanted to explain the reasons behind each change, but if you find the reading too heavy, feel free to skip straight to the changes made in each section.

Regional Opens were intended as short, fast-paced tournaments with the goal of serving as an intro into the competitive world for new players, while allowing for more veteran players to fish for small amounts of TRP. It is clear that in their current state, they are not fulfilling either of the goals. Furthermore, failing to reward the players’ time investment during the swiss stage punishes every participant, and the TRP gains between the top cut and other performing players are way too big.

We believe the reception of Regional Opens was overall positive, so instead of focusing on reducing their scope, we think it is better to embrace them as a “mid-tier event”, increasing their TRP prize pool spread, rewarding swiss performance, adding breaks to improve pacing, and reducing the amount of Regional Opens each season.

On the other hand, the need for tournaments with a more reduced time commitment is still there. That’s why, starting next season, we are using the space left by the reduction of Regional Opens to introduce a new sort of event: Bullet tournaments. Bullet tournaments are designed with the original goals of Regional Opens: fast-paced, small time commitment, and valuable for consistent players to fish for a little bit of TRP.

Bullet tournaments are designed to last only a few hours during a single day, so joining them is way easier. The introduction of Bullet Tournaments at the beginning of March should result in a more coherent competitive calendar, with more time to rest and give space for special events or third-party tournaments so they do not step over official ones. We hope this helps keep users engaged and avoid any possible competitive burnout.

We have flattened TRP gains across all events. The previous TRP distribution was doomed to generate huge, unrecoverable swings in the leaderboard between top players, the Swiss top cut, and everyone else. To address this issue, we will reward all match victories with TRP regardless of the tournament or stage. We are also decreasing extra TRP rewards to avoid snowball effects, and granting those extra rewards to more players.

Moving forward, winning a non-major tournament should not generate such a lead that it grants a premium sport into an invitational event despite future performances, and falling short of qualifying for a top-cut stage will feel way less punishing. Reaching a top spot should also generate a more gratifying TRP increase and generate a solid lead vs other players, but not as oppressive as before.

We don’t like to shift the TRP reward distribution in the middle of the circuit, so with the current rework we hope to fix all major issues early on and avoid a future situation where we have to modify those values again at a more advanced stage.

The amount of feathers won at official tournaments was not worth its time commitment, especially compared to ladder prizes in the same time stamp. We have greatly increased the amount of awarded feathers with the hope of making feather rewards not feel as underwhelming as they do right now. Since Regional Opens have “upgraded their category” and are a bit less common, we are also slightly increasing the amount of Novas those grants.

We are evaluating participation rewards to attract new players, but we want to ensure the system cannot be abused by malicious actors first.

[ Update ] Tournament Prizes: All Feather rewards in all tournaments have significantly increased. Some Nova rewards in Regional Opens have slightly increased, and more players can win Novas at these events.

Players have addressed issues regarding the required conditions to ask for a Region transfer, as malicious actors can swap regions until they achieve a good start at the TRP leaderboard if they do not care about the region they are playing on. Users not looking for TRP but for in-game rewards could also abuse the current system, hurting other players.

We have also got questions about the timing of rules or format changes, as those could end up helping or causing an imbalance between regions.

If a player has participated in a tournament from a batch, they will not be able to participate in any other regional tournament from the same batch, only continue in the one they had already played. We will also update formats and rules only between patches unless a change is urgently needed for major causes.

The concept of tournament batches were already applied to organize the TemCS, we are just expanding their functionality to avoid region transfer abuses, thus making their existenece “public knowledge”.

[ Update-ish ] Tournaments are now contained in batches. Tournaments with the same name in different regions all are part of the same batch. Batches are conformed of 3 regional tournaments or an interregional tournament. Players who ask for a region swap need to wait until a batch ends if they are playing/have already played another tournament in that batch. Big format changes or rule updates will be aimed to happen between tournament batches.

Streamlining communication between players and TOs by Discord

Discord is a quick and powerful communication tool used by most of our dedicated competitive playerbase. While it is still perfectly possible to participate in a tournament just by using the temcs.gg site, getting notified of quick updates or resolving doubts is usually more agile and easily handled via Discord instead of by sending a ticket in a match report or checking tournament announcements.

We created specific channels in our official Discord server to handle these tasks for those who are interested. We also hope it also grants players a bigger feeling of closeness between players and TOs, making the experience feel a bit less cold or automated.

You don’t need to join our official Discord server if you don’t wish to. However, we recommend it as a way to improve your tournament experience and engage with other competitive players and the rest of the Temtem community!

[ New ] We created the #temcs-announcements channel. This is an announcement channel, so you don’t need to join our official Discord server to read it, you can just copy it to your favorite server and keep track of it there. It will notify you of news, check-in open and round start warnings, break times, delays, etc.

[ New ] We created the #temcs-reports channel. You will need to join the official Discord server to be able to read or write here. You can use this channel to notify TOs of any questions, doubts, or issues regarding the tournament you are participating in.

[ Update ] The TemCS Rulebook has been updated to version 1.1.0 to reflect all previously mentioned changes, including: changes in Regional Opens, addition of Bullet Tournaments, changes on Tournament rewards, and the addition of Tournament Batches. Additionally:

Scouting during close event tournaments is always a hot topic. Information wars are unavoidable and bound to happen, as gathering intel can help in future matches. We do not mind players gathering info on their own, for their sole benefit. But it is our goal to avoid scouting advantages just by joining the biggest club or having the biggest group of friends. Our current rules regarding scouting were open and blurred, with the intention of allowing more flexibility during rulings, but failed to address our exact position regarding scouting, so we are rewriting them to clarify those points.

[ Update ] Rules regarding scouting are now more clear about what and how it is allowed for players to scout opponents during tournaments. Scouting as an individual for their own benefit is okay. Sharing or obtaining info from other players, friends, teammates, or third-party sources during tournaments is not allowed.

We noticed some users were confused at check-in times, as well as round starts. We included timings regarding both as well as the new timings for breaks between rounds in the rulebook. We also aim to clarify those times in the tournament’s description so players have an easy way to check them without opening the rulebook.

[ Update ] Rules regarding round timings are now more clear about when and how rond starts or breaks happen.

That’s all for now. See you soon with more info, and Temtem up!